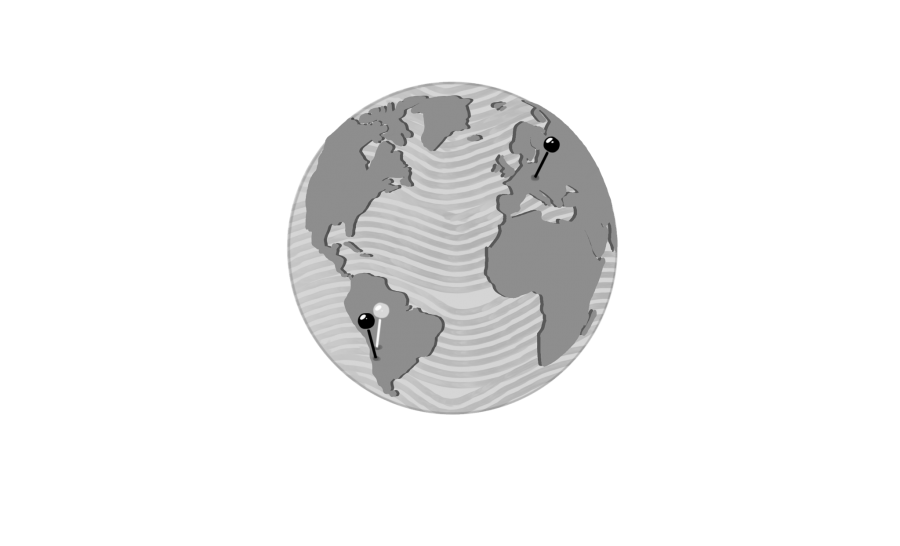 Langlois and Fleischmann are from Santiago, Chilé, while Emma Garnier is from France. Graphic by Lena Hardisty

On Mercer Island, students are used to living in a community where everyone knows everyone else, but we cannot forget that there are individuals who remind them of a bigger world, and are reminded in turn as well. Enter: the international students!

Each year Islanders are accompanied by new students from countries across the globe, from South America to Europe and beyond.

These students have come from far and wide to expand their academic horizons in a new environment, often to master English. Cristobal Langlois and Matias Fleischmann, from Santiago, Chilé, as well as Emma Garnier, from France, are among these new additions to MI.

Langlois and Fleischmann, two Spanish-speaking freshmen, arrived in the United States in September and both love Mercer Island, especially the abundance of trees and nature, and the kindness of their peers and teachers. In fact, according to Fleischmann, the island is “really similar” to their hometown, much to his delight.

Emma Garnier arrived in America in October, and said that she has been wowed by the environment on the island similarly to Langlois and Fleischmann.

“It’s very different [on Mercer Island]: everything is bigger, and there are so many trees,” Garnier said. “It’s very beautiful.”

Ultimately, all agree that Mercer Island is welcoming.

“All my good friends are in Chile, so it’s hard to adjust, but everyone here has been friendly,” Fleischmann said.

“I think the culture [of America] is different from France, but it’s not a really big difference; we’re all the same,” said Garnier.

Langlois said he would love to return to the U.S. as an adult to live and work here one day with his advanced English speaking abilities.

For Fleischmann, an avid golfer, the opportunities for international tournaments in the United States greatly influenced his decision to learn English and join the international program at MIHS.

“In Chile, [English] is not so useful, but when you grow up it’s useful for professional sports or other [careers],” Fleischmann said.

Garnier had similar motivations that influenced her decision to come to the U.S.

“It was [mostly] to improve my English and experience a different culture,” Garnier said.

“I would like to be a surgeon in a poor country, so it will be useful to communicate with other English users,” Garnier said.

The international program serves the purpose of connecting Mercer Island students with those from other cultures and vice versa. It also opens doors to these students to use their newly acquired skills to take an occupational path that may or may not have been as easy to choose before coming to America.