The Road to MIHS’s Production of “Mamma Mia” 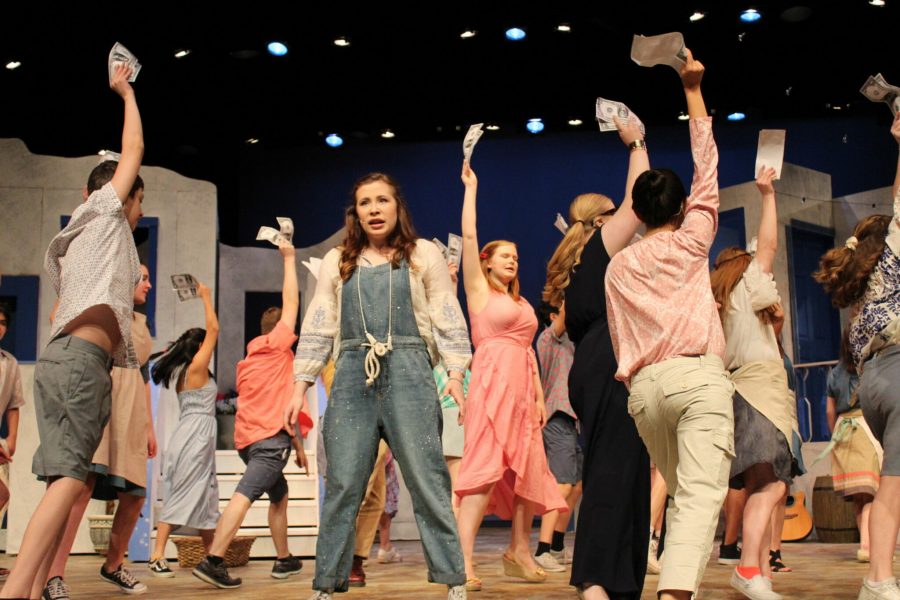 Thanks to their dedication, the cast of MIHS’s production of “Mamma Mia” has been able to recreate the magic of the original musical. “Mamma Mia” follows the antics of Sophie Sheridan as she tries to find the true identity of her father during her wedding, all to the tune of classic ABBA hits.

The level of experience in the cast ranges from those who have been in multiple plays and musicals to those debuting in “Mamma Mia”.

“This is my first time ever [being involved in the drama program] as I have never been an actress, but it’s fun to see the performances so I thought being in one would be fun for my senior year,” senior Ashley Joseph said.

Although Joseph originally auditioned for the character of Rosie who is the surrogate aunt of the main character Sophie, she has embraced the role of dance captain. The dance captain’s role in the ensemble is to memorize the dances, and to use this knowledge to teach the rest of the ensemble how to perform the choreography of the musical.

Despite all the hard work required, Joseph enjoys her role as dance captain.

“Being dance captain is really nice to get to show everybody how to do specific moves and it’s nice to see specific styles in dancing,” Joseph said.

Not everyone in “Mamma Mia” is new to drama; freshman Sadie Jensen who has been in a total of nine plays and musicals is a member of the ensemble.

“Everyone in the production is so kind and caring and accepting and we all kinda have become close together and everyone is so nice and I really like that as it’s my freshman year,” Jensen said.

Max Cathey-Roberts, who plays Harry in the show, plays and sings ABBA’s “Thank You for the Music.”

Although the cast members all have varying experiences, there is no tension between the seasoned and the first-timers.

“It gets me to talk to people that I wouldn’t normally get to talk to since they’re in different grade levels and just in different friend groups so it’s really nice for me to get to know a bunch of different people,” Joseph said.

It doesn’t matter if you have the role of Donna like junior London Brunelle or if you are a member of the ensemble like Jensen or Joseph—everyone has to put in an equal amount of dedication to make sure the show succeeds.

“Rehearsals are a lot of hard work because [this show needs] a lot of focus, focus, focus and not a lot of downtime,” Brunelle said. “[There is] a lot of learning choreography and when that’s done you have maybe ten minutes of downtime, which then it goes back into learning music and making sure you have all of that down.”

The cast of “Mamma Mia” creates an encouraging environment for both the experienced and inexperienced.

This camaraderie makes the production of “Mamma Mia” a safe space for those who are willing to take risks and try new things.

“I enjoy the dedication everyone has because I think that you do so many shows where there are people who are dragging, but I really do think everyone in this show is extremely dedicated to this show and that’s what makes it work,” Brunelle said.

“I think that the process has been really clean and really well managed. I love all of the people, and the cast is really tight-knit,” Brunelle said.