Teacher Diversity: What is the Ethnic Makeup of MIHS Teaching Staff? 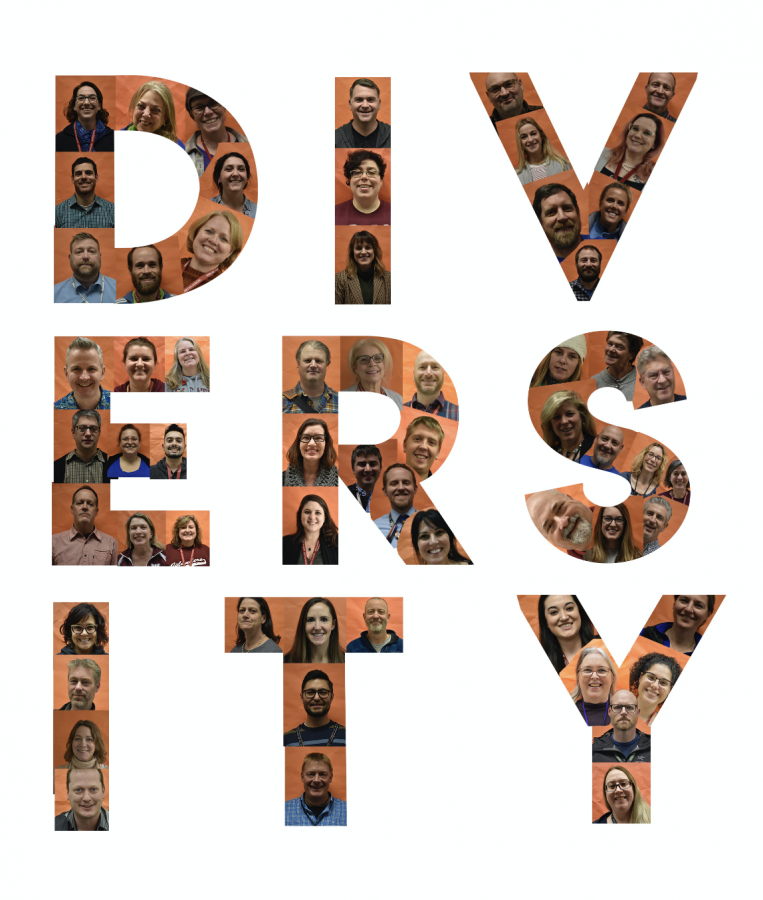 Of the four core subjects – math, science, history and English – hosted on the main campus, only two teachers of 41 identify as something other than white.

“My being mixed helps me make connections with other mixed kids more easily,” Sue said.

While Sue can serve as an immediate connection for Asian students in his classes, he is only one Asian teacher in the core subjects for a 21% Asian student population.

“In some ways the lack of representation affects the way I see myself because it seems like the average kid at MIHS and the average teacher at MIHS is not me,” Jasper Geer, a Korean American student, said. “It is hard to feel normal.”

The lack of representation also impacts other students of color, namely the black population that makes up 1% of the student body. Discussing sensitive issues like slavery and racism can be isolating when neither the teacher nor the students can relate to the lived experience of black students.

“I feel like there are those weird stares when you’re reading a book like Huck Finn,” Black Student Union co-President Keshani Griffin said. “There’s the n-word and so people look at you. I’m not any different from you guys just because I have different color skin.”

English teacher Creighton Laughary teaches Huck Finn, a book that has become very controversial over its use of the n-word and perceived racist tropes.

“I don’t know if anyone could do a good enough job teaching topics like racism to make it comfortable. But that begs the question, ‘Does that mean we should avoid it?’ In my opinion, a safe educational community is the best place to start having these conversations,” Laughary said.

Laughary’s teaching partner, Ed Puchalla, covers the history of slavery and its effects in America. As a white male history teacher, Puchalla feels qualified to educate his students on topics surrounding race, but understands his limitations to empathize.

“I can only imagine how difficult it must be to be in an environment where I don’t see people like me teaching or running the school or I don’t see many people like me in the classroom. Is it possible that it makes it more difficult to speak openly and frankly? Absolutely,” Puchalla said.

According to Associate Principal Henterson Carlisle, even though the Mercer Island student body is 69% white, a diverse staff is vital for students to learn how to work with people of different ethnicities.

“The students of Mercer Island are so smart and gifted and privileged. They are going to be the people behind the hiring desk,” Carlisle said. “I [came to Mercer Island because I] wanted them to have an experience with an African American male leader in school so that when they are interviewing people of color in the future, they are giving a fair chance to qualified candidates that don’t necessarily look like them.”

In recent years, Principal Vicki Puckett, a woman of color, has made goals to diversify the staff at MIHS.

“When we have applicants that are equal and somebody brings the skill set of speaking a different language, or being from a different culture or a different race, then I’m going to select them over someone who doesn’t bring that to the table,” Puckett said.

Puckett has placed advertisements for teaching positions on a local African-American radio station and in Spanish and Chinese newspapers.

Puckett hired Carlisle, who is black, to serve as an Associate Principal. He has become an outlet for students and parents of color on Mercer Island.

“I go to Carlisle and Kelly all the time because they understand what goes on outside of school,” Griffin said.

While MIHS has made progress toward hiring a more diverse staff that better understands the lived experiences of all its students, the overwhelming majority of applicants for teaching positions are still white.

“Teachers of color have to consider ‘If I go work at a school that lacks students of color, will I be singled out in my decision making more than other teachers that look more like the students?’” Carlisle said.

According to Carlisle, teachers of color are often drawn to schools with more ethnic diversity because of the innate desire to help students who can relate to their experiences as a person of color.

“I see a lot of white guys and a lot of white women,” Puchalla said. “If you look around the building and in the classrooms there hasn’t been a significant change at all in 20 years I’ve taught here.”