Why Were Flavored Vapes Banned? 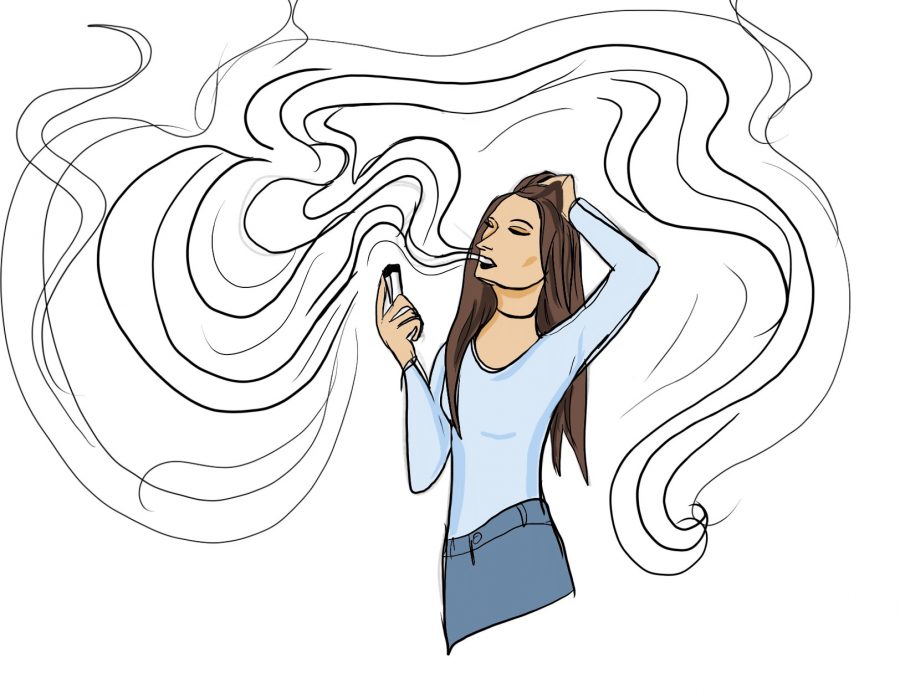 Gov. Jay Inslee recently put into motion a ban that would immediately stop the selling of flavored vapes and similar products in Washington.

The ban is specifically targeted toward teen users of products like Juul. With the emergency legislation now in place, flavored vapes will be banned in Washington for 120 days, until Feb. 7, 2020.

Oct. 10, Gov. Inslee enacted an emergency ban, stating that any vape with a flavor other than tobacco or nicotine cannot be sold in state.

Gov. Inslee spoke about the ban in late September, saying that the sweet taste of the products was responsible for hooking so many young teens

The ban comes off a wave of vaping-related illnesses that have swept the country in recent months and mimics similar bans in Michigan and New York, which all aim to combat the rising number of people hospitalized for severe lung illnesses who reported use of e-cigarettes. 80% of these patients are under 35 years old, and 16% are under 18.

MIHS is not exempt from this problem and some students have begun to feel the effects of the ban.

“If they ban flavored vapes, I’d be much less interested in it,” an anonymous sophomore said.

The student, who has been regularly vaping since eighth grade, first tried it because they found it enjoyable, and wanted the experience of a nicotine high.

One of the reasons vape is so popular is because it gives users a high without the fear of cancer or bad breath, the student said.

While teenage users generally agree that flavors are a big draw to vape, they also acknowledge that the ban is by no means a final solution.

“[The ban] will do a lot of damage, but it won’t completely get rid of the teenage vaping scene,” another anonymous student said.