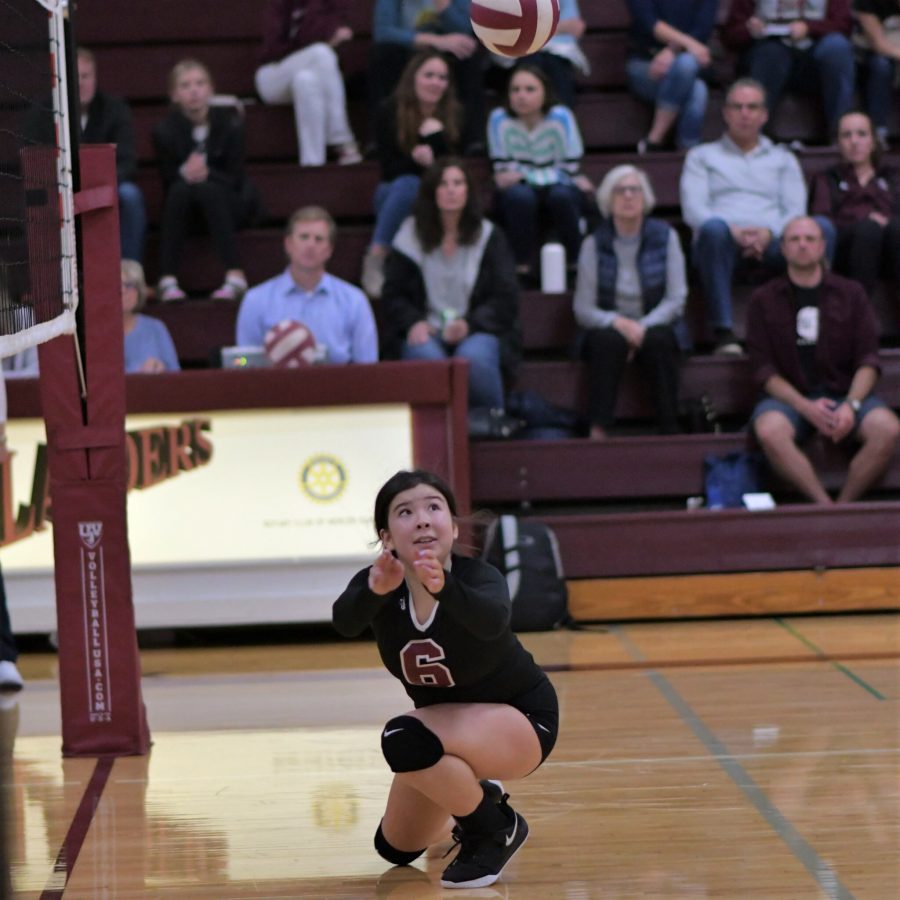 Senior Zoe Byers keeps her eyes on the ball. Photo by Joe Chen.

A very eventful game and a great fight from the Mercer Island Volleyball team ended in an unfortunate loss for the Islanders on their senior night.

For most of the game the score was close between the two teams. During the second set the score of both teams tied seven times.

“I feel like we did good, we just gave up on a few points but we had good defense,” junior Bryn Buist-Haverkamp said.

Both teams would constantly go back and forth leading, but by the fifth and final set, the Kangaroos had an eleven point advantage, eventually winning the game.

“It’s a little disappointing that we didn’t win but we still got Bellevue on Wednesday,” Buist-Haverkamp said.

With the game being senior night, the players reflected on their eventful season and returning players were thinking about next season.

“I definitely think we are losing some real good starting players, but I think that next year some of the Sophomores and Juniors will be able to fill the spots [left by the seniors] but we’re definitely losing some good players,” freshman Leila Obeidat said.

“It’s really sad, [the seniors] are such close friends so it’s really disappointing to see them leave,” said Buist-Haverkamp.

According to their fellow players, the seniors played a big role in keeping the team together this year.

“I think we’re losing some strong players but I think we’ve got a strong program that can fill spots,” Buist-Haverkamp said. “Hopefully [we can expect] some more wins and going all out for the ball.”