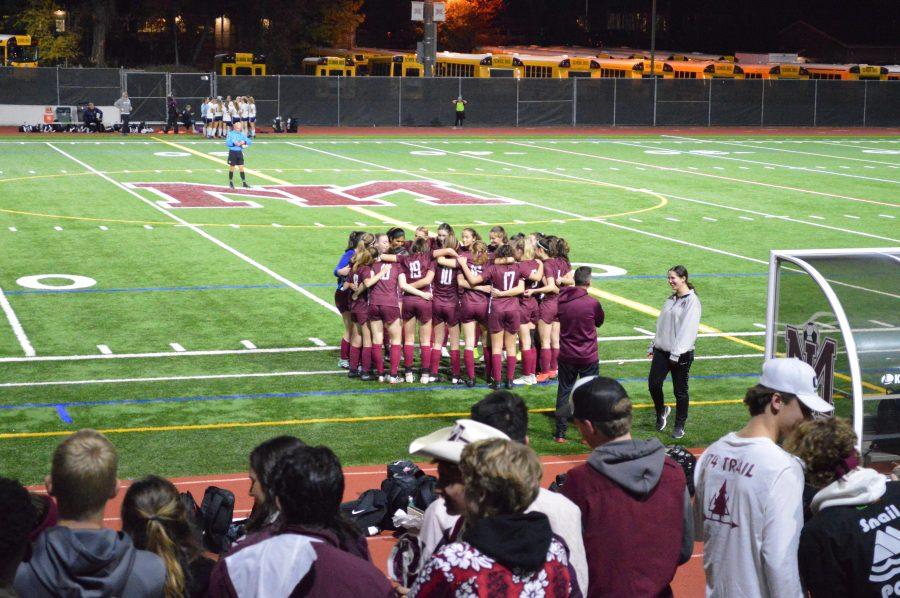 The team huddles in support before the game. Photo by Honor Warburg.

The Islanders battled the Saints in an exciting game that ended in overtime.

The Islanders had quick and agile ball handling skills, strong shots and aggressive plays, forcing Interlake to play hard defense. However, no points were scored on either end.

“We need to find a way to get more balls in the back of the net but our defense looks really strong and we are hanging in there with any team in the league,” assistant coach Corey Goelz said.

“I’m really proud of the work,” Goelz said. “Everyone shows up and works hard every game.”

Captain Scarlett Counihan was also quick to build the team up highlighting some of her favorite moments this season.

“Arden scored and she’s a freshman which was pretty fun” Counihan said. “Everyone was really excited, the locker room pregame was really hype.”

Despite the tie, Goelz is still optimistic about the team.

“It’s such a fantastic group, everyone works so hard. I’m really excited for both the rest of this season and for the future,” Goelz said.

Come see the Islanders in their last home game of the season Oct. 31 against the Bellevue Wolverines.