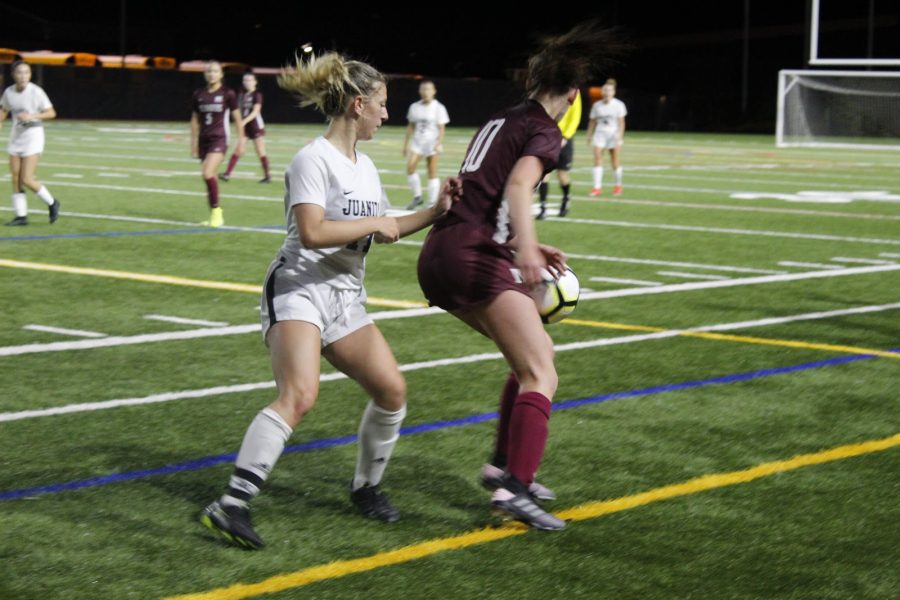 Both teams moved the ball well, but struggled to put points on the board.

The lone score of the night came midway through the first half, when forward Audrey Kris fit the ball into a tight spot through a cluster of players near the goal.

“I think we had a really strong first half,” Kris said, “But towards the end of the second half we started to get really frantic.”

As the game wore on, between the abysmal weather, the abundance of penalties and the rowdy attitudes, the Islanders’ level of play declined. They continually gave Juanita easy opportunities to score.

“It’s the beginning of the season so we still haven’t gotten our team communication together, but I think with each game we get a little better,” Kris said.

Despite some mediocre play throughout the game, there were a few standout moments.

In addition to Kris’s goal, goalie Amy Braman had an incredible save at the end of the second half that kept the game out of overtime.

With a victory for their first conference matchup, the team is sitting in a good spot for the rest of the season.