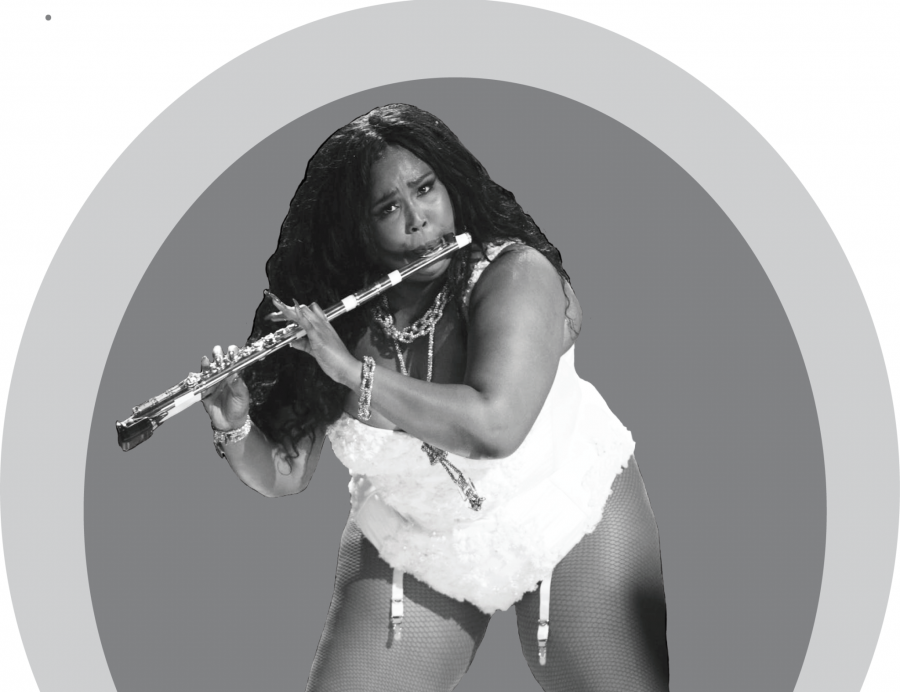 Lizzo performs at the 2019 BET Award. Graphic by Natalie Chen

Lizzo. The name evokes both a general sense of empowerment, positivity and, of course, the woman herself: the powerful vocalist and flutist who embodies it all.

To many, the singer’s popularity seemed to explode almost overnight, earning her acclaim as a breakout star, and even a Song of the Summer nomination from MTV

Recently, Lizzo’s work has garnered mainstream media attention, and her confidence and catchy lyrics are sure to keep her in the public’s heart.

Even if you’ve never explicitly downloaded one of her songs, chances are you’ve heard them.

Lizzo has established herself as a powerhouse, especially with her two most recent EPs, “Cuz I Love You” and “Coconut Oil,” released in 2019 and 2016 respectively.

Her success story, beginning with her love for music as a 5th-grade “band nerd,” to performing at Capitol Hill Block Party and Coachella in 2019, is largely as a result of her unique style and combination of influences.

Lizzo’s songs, best described by the singer as “church with a twerk,” draw inspiration from the soul of gospel music and her teenage years in Houston experimenting with freestyle.

In addition to being a singer and rapper, Lizzo is classically trained in flute. She went to the University of Houston on a music scholarship, and reportedly practices up to four hours a day when she can.

The flute, dubbed “Sasha Flute” in reference to Beyoncé’s album “Sasha Fierce,” is featured heavily at live shows and even in her album recordings, adding a unique aspect that fans have come to love.

For years she was considered an underground indie sensation, and her first studio album, released in 2013, “Lizzobangers” featured the same unique combination of traditional music and inspired rap and blazing energy that many fans love about her most recent album.

“What makes Lizzo such a positive icon is that she has this energy and passion that is so clear when seeing her perform,” Eden Voss said.

“Truth Hurts” is considered the song that put Lizzo on the map, and it’s not hard to see why it got such a positive reception. The hit track is a self-empowerment anthem with lyrics such as, “I put the sing in single / Ain’t worry ‘bout a ring on my finger,” stressing her independence and self-worth.

“I like Lizzo because her music is unique,” Zhang said. “As a person she is a good role model since she’s always just unapologetically herself.”

“I think it’s extremely important for people with a following to use their platform to speak up on important issues,” Zhang said.

In her song, “My Skin,” she writes about the irony of loving her black skin even as it is weaponized and used as a characteristic to define her and so many others. “I wanted to write a song about [my blackness] too, and talk about how I’m proud of it no matter what,” she told NPR.

As Lizzo continues to rise her music will invariably evolve, and now that she has a strong following, her impact will be positively felt throughout the music community.