This is Zero Hour: Time to Address Climate Change 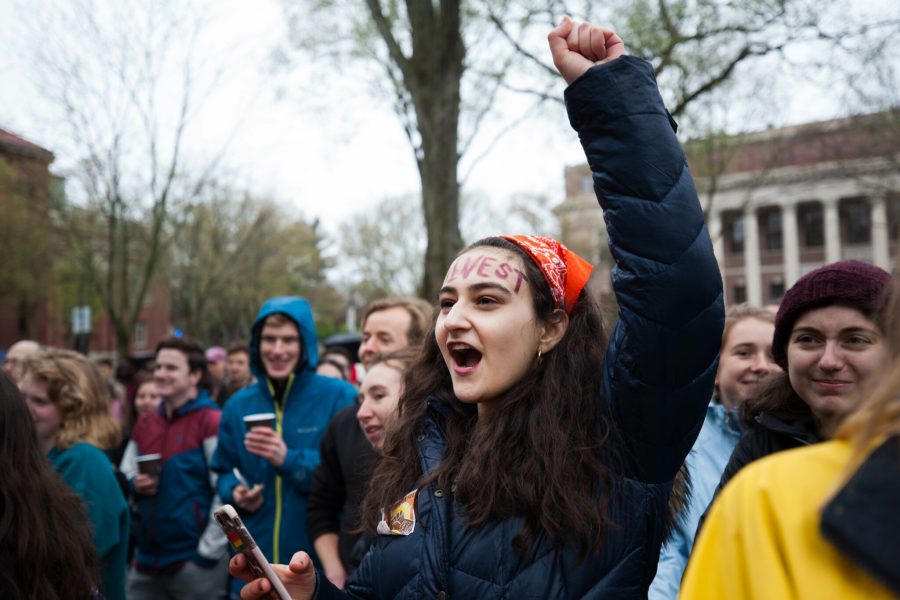 Jamie Margolin is not backing away from the climate crisis.

“This is zero hour to act on climate change,” Margolin said. “There is no more time.”

Margolin, a co-founder of the youth-led organization This is Zero Hour, has been sounding the alarm on climate change since 2017.

The Seattle native, a senior at Holy Names Academy, helped organize a national climate summit and sued the Washington state government for lack of action against climate change.

Zero Hour has been taking steps to expand the reach of the climate change movement through education and protest. In July, Zero Hour organized a national youth climate summit in Miami, a city that will soon experience the effects of climate change firsthand.

These impressive feats aren’t for her resume. Margolin is one of many teens around the world who has thrown herself wholeheartedly into tackling this gargantuan issue.

Among other educational events, the organizers of the summit staged a “die-in” protest outside of the Miami City Hall to call attention to their cause and the situation’s urgency.

“The die-in wasn’t simply protest,” Kendall Kieras, a Zero Hour organizer, said. “It was foreshadowing for Miami’s future if we continue on our current path of climate inaction.”

The keynote speaker was Greta Thunberg, the Swedish 16-year-old Nobel Peace Prize Nominee who is known for her weekly climate strikes. The summit, which aimed to unite and educate youth about the crisis and its roots, was successful, Kieras said. Zero Hour trained a group of over 350 youth on how to combat climate change.

“We sent a message to people around the world that the youth are rising, and we will not be backing down any time soon,” Kieras said. “We will continue to raise our voices and be loud in our fight for climate justice.”

In part, local events such as the wildfire smoke in Seattle spurred Margolin to raise her voice. She described being scared to get involved with such an all-consuming movement, especially as a student, but ultimately saw the situation was too dire to do nothing.

“I could just see the entire PNW environment deteriorating in front of [my] eyes. So that [wasn’t] fun,” Margolin said.

One of Zero Hour’s main objectives is addressing climate change from an intersectional viewpoint.

Zero Hour is determined to continue the momentum from their July summit and is urging support for the next global climate strike Sept. 20. Zero Hour’s objective hasn’t changed since the last global strike, Kieras said, but this time they will and must be louder.

“The first and easiest thing you can do is to change the narrative,” Kieras said. ‘Climate change wasn’t caused by all of us; it was caused by deliberate actions taken by corporations. Personal changes are great, but they’re not going to change the world. We need to hold corporations accountable and demand revolution … Protest and strike on September 20th.”