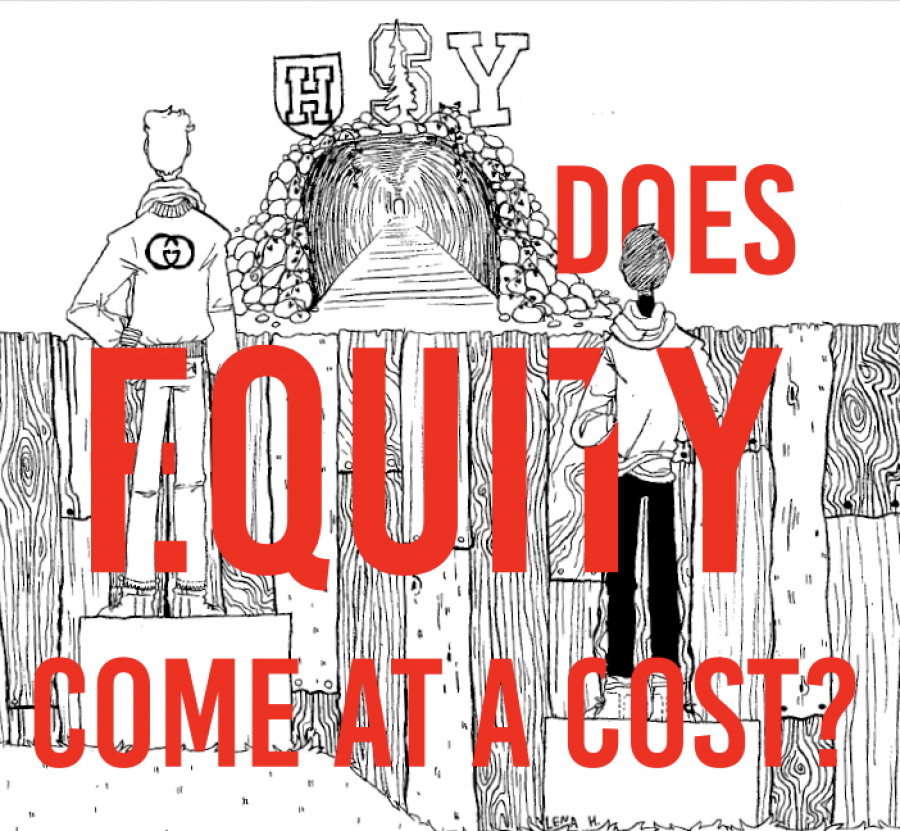 As the 2019-2020 school year starts, the high expectations of an academically rigorous school in a privileged community heighten student anxiety.

The New York Times recently cited MISD as one of the school districts in the nation with one of the highest number of students receiving 504 accommodation plans, which often accommodate students with extra time on standardized tests and school exams.

504 plans are an extension of Section 504, a civil rights law that prohibits discrimination against people with disabilites. The goal of 504 plans is to provide students with disabilities an equal access to education.

The Times insinuates that one reason MIHS students have five times the rate of 504 plans than the national average is that wealthy families take advantage of the system. In the wake of the college admissions scandal, inequity within school settings is being more openly discussed in the media.

Is it true that people in wealthy, predominantly white communities use their money to unfairly give their kids an edge?

Fred Rundle, who serves as the MISD Assistant Superintendent of Learning Services, acknowledges that a competitive nature might push families to seek 504 plans for their children.

“I know parents want to advantage their kids,” Rundle said.“So, yes, if I can get my kid a 504 so  that they can have more time on the SAT or ACT, there is a corollary there.”

“One group is students who have needs that require special accommodations such as anxiety, dyslexia or ADD. Those disabilities really do impact their learning,” McConn said. “I also have another group of students. One student, for example, who epitomized it, told me he was only getting it for the College Board. Another student said that she only got accommodations because she had a really hard class that year and she just wanted it for that class.”

The line between a need and a want for extra resources is fuzzy. 504 plans are indeed important to many students who need extra resources to succeed in a traditional school setting.

“Freshman and sophomore year I didn’t actually have a 504 plan. I was struggling a little bit at the end of sophomore year so I got a 504 plan,” an anonymous senior said. “It helps me out with my dyslexia, as it provides a way for me to compensate for where I fall short.”

MISD is committed to providing each student with a personalized education. This school year, the School Board introduced Board Policy 0001, which emphasizes the importance of the whole child and equitable learning.

“We absolutely should be meeting the needs of every student and how we best do that is by supporting our educators so that they can differentiate between the needs of each student,” MISD Superintendent Colosky said.

But if 504 plans are necessary for students with learning disabilities, when plans are unfairly granted, how does it affect the students who actually need them?

However, one anonymous student argues that all of his peers at Mercer Island receiving accommodations truly have a need for extra help.

“I don’t think high rates are a product of students faking these [disabilities]. I think it’s because Mercer Island students have access to counselling and psychologists to receive diagnoses they need to be successful.”

Potential overidentification also poses challenges for teachers, because they are required by law to meet the needs all students receiving accommodations.

A snapshot of a senior block class. The 22% of bodies in red represent students with 504 plans, either for health concerns or for educational accommodations.

“I feel that it leads to an imbalance in the amount of time and an imbalance in the resources served because I could spend more time with my students who have the actual need versus the time I spend planning for the students that don’t need it and only want it for AP exams and the SAT,” McConn said. “Extra time is hard because you have to take away your planning time, take away your lunch and take away time before and after school.”

The Administration had been aware of MISD’s high rate of accommodations long before The New York Times released its exposé. The key to providing equitable education, as Rundle and Colosky see it, is to assess which students truly need accommodations.

“We are always looking at things that put [MISD] askew from what the average would be. We have to be sure we are supporting students in the right way with the right tools,” Colosky said.

The Times also offers another explanation for the stark difference in national 504 rates: in wealthy communities, could parents have more resources for the testing required to diagnose learning differences and other mental health challenges that support the allocation of a 504 plan?

“The opportunities for resources are the same across the state, but there’s a difference in the level of awareness. Additionally, if you have the money to pay for an evaluation you can have the ability to get a diagnosis,” educational psychologist Kara Moscovitz said.

According to Moscovitz, the price for her full, private evaluation falls at about $3,500, a hefty price for less wealthy neighborhoods.

Whether or not families are taking advantage of the system, the wealth gap creates disparity between those who can afford to capitalize on available resources and those who lack the means to.

The story of 504 plans on Mercer Island is a microcosm of a much larger social issue in the United States. Civil rights legislation attempts to provide the necessary tools for all people to succeed, but often do not take into account wealth and privilege.