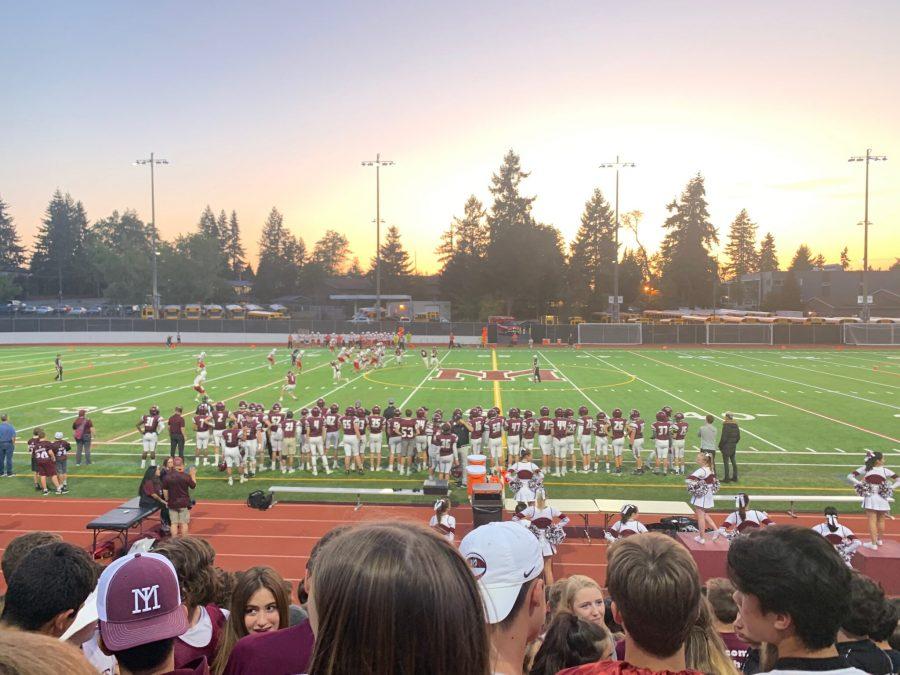 After a couple of three and outs to begin the game, Liam Rogan completed a touchdown pass to wide receiver Luke Shavey, which put Mercer Island on top 7-0.

The Mercer Island defense kept Mountlake Terrace in check for the remainder of the first quarter, preventing them from making any progress downfield.

The Islanders continued to exert dominance throughout the third quarter, extending their lead to 14-0 at the half.

Mercer Island had several opportunities to solidify their lead, but penalties held the team back and prevented them from scoring at all in the second half.

A late game interception from Carter Burr as the game came down to the wire helped seal the win for Mercer Island.

The Islanders begin the season with a 1-0 record.

The team demonstrated a strong defense and a smashmouth offensive scheme that helped guide Mercer Island to their first victory of the season.

The Islanders will face off against Issaquah next Friday 7 pm at home in their first KingCo matchup of the season.