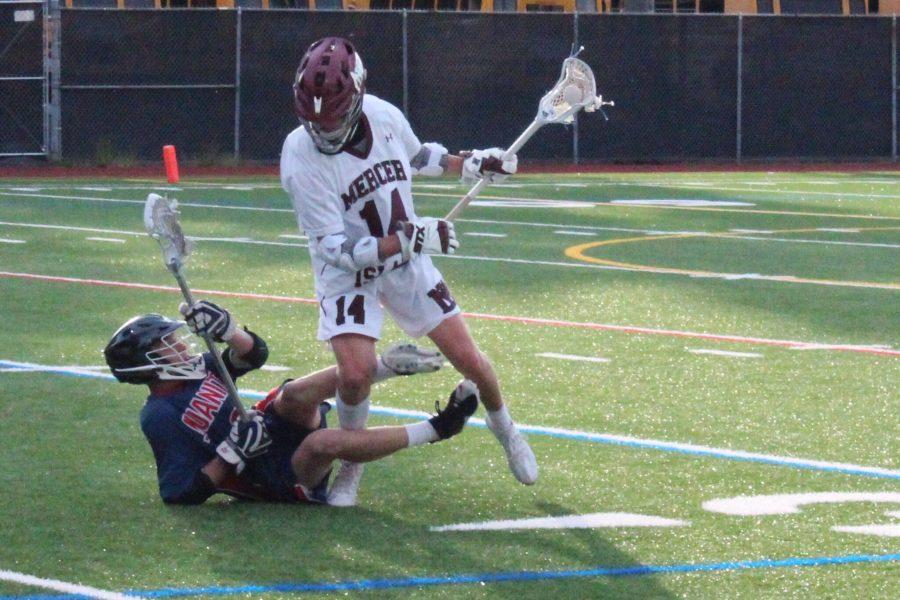 May 25 the Mercer Island Boys Lacrosse team defeated the Bellevue Wolverines in the 3A State Lacrosse Championship, marking the end of a dominant season.

At the beginning of the season, a number of key varsity players were suspended for the duration of three games. During that time, two non-league games preceding the start of the regular season against Redwood High School and Saint Ignatius College Preparatory, both in California, were cancelled as a result of the suspensions.

Additionally, the Junior Varsity team stepped in to compete in the Islanders’ first game of the season, winning 13-8 against Woodinville. The team rallied to finish the season as the number one seed in Kingco, going 18-4 and winning their final eight games of the season.

Despite their success, no one predicted Mercer Island would dominate Bellevue in the state championship.

Mercer Island routed Bellevue 14-6 at state. This year’s state title marks the seventh in program history and the first since 2015.

Although Boys Lacrosse lost to Bellevue 11-9 during the regular season, Mercer Island senior and midfielder Donnie Howard knew his that team could excel in the championship game.

“We knew that we were better in talent, athleticism, and numbers,” Howard said. “All we had to do was execute.”

The team wanted to end their season on a high-note, a driving motivation during the game.

“We realized that this was our last chance and that we wanted and deserved to win,” Howard said. “We put in our maximum effort to bring home the championship.”

Asked specifically on how the team prepared to face Bellevue, Howard mentioned the priorities the team had going into the championship. “We focused on our defense, guarding their key players, and a lot on shot selection. Our main goal was to hold them under ten goals and to have our offense score more than ten,” Howard said.

The game marks the end of a tremendous run for the 18 seniors on the varsity team, four of whom will be playing lacrosse at the collegiate level next year including Howard at Boston University, Stewart Vassau at the University of Utah, Ryan Payne at Illinois Wesleyan University, and Devin Tamblyn at Whittier College.

“Although the loss [of so many seniors] will impact our team, our [junior varsity] and returning players will do great next year,” Howard said.