Tully’s Fans are a Marginalized Group at MIHS 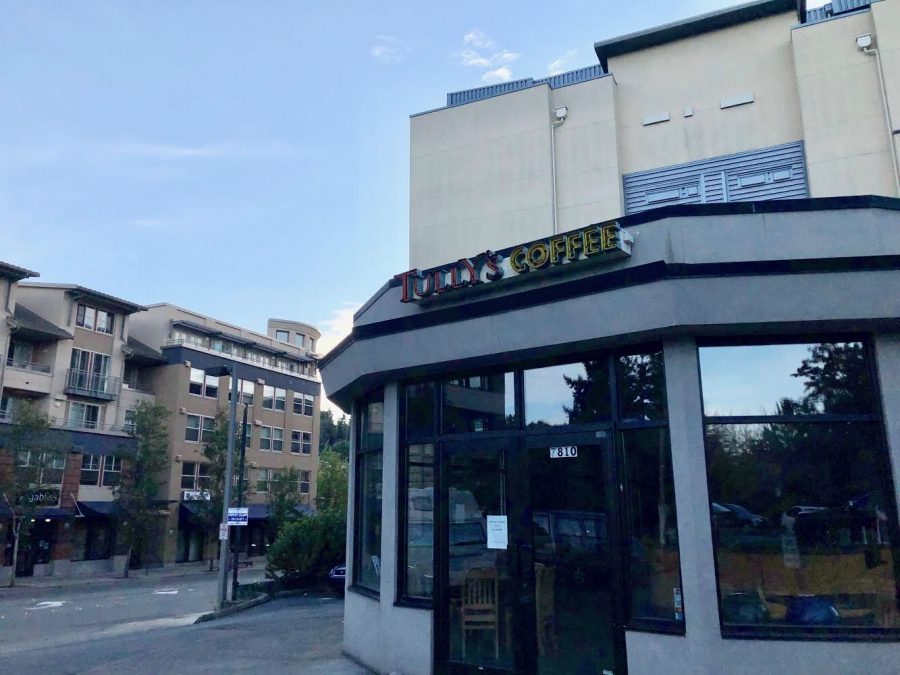 Tully’s sits on the corner of the downtown Mercer Island neighborhood, a dejected sight to most, but a haven for Tully’s fans.

It is a well-known fact that the city of Mercer Island is addicted to Starbucks. Anyone you ask will firmly say that Starbucks is their preferred coffee vendor.

Until yesterday, it never occurred to me that there is a small population on Mercer Island that lives in the shadows.

I was at Menchie’s with a couple of friends when I had my stunning realization. My lab partner who thinks I’m his friend, a junior named Connor McCallister, had gotten out his wallet to pay for his yogurt when I noticed the Tully’s rewards card peeking out of his pocket.

I didn’t want to call him out in front of everyone, so, like the good person I am, I discreetly snapchat messaged him.

When I asked him if he, you know, actually likes Tully’s, he seemed annoyed that I brought it up but also a little relieved.

“I don’t like to advertise it too much, but, yeah, I prefer Tully’s,” McCallister said.

He swore me to secrecy immediately, but my commitment to reporting the truth extends beyond journalistic ethics.

“Seriously, like, don’t tell anyone,” McCallister said. “I tried to tell my girlfriend that I prefer iced granitas over frappuccinos once… she threw her drink in my face, keyed my car and broke up with me.”

I honestly felt bad for the guy to have an opinion so rebuked by the public.  However, I was interested to find out that he isn’t the only one.

“I used to go to Tully’s with Connor all the time to study,” senior Lorraine Applebaum said. “It was like our own little club.”

I wondered if, after Tully’s closed, McCallister adopted the Starbucks way of life. He looked at me as if I had the intelligence of a dim-witted fourth grader after I asked the question.

Kent? Really? Who goes to all the way to Kent for a cup of coffee?

I never liked hanging out with Connor, but after this discovery, I knew I’d have to start actively avoiding him.

I at least had the decency to ask him the reasons behind his madness before I fled.

“The coffee is just like, way better at Tully’s,” McCallister said. “Also, the sensation I get from those milkshakes, man, it’s indescribable.”

He made some good points, but they certainly were not good enough to convince me.

In the end, it all comes down to one question: Are Tully’s fans truly a marginalized group at MIHS? Yes, and that’s for the best.