The MIHS Islander • May 1, 2019 • https://mihsislander.org/5524/sports/boys-soccer-wins-important-game-on-senior-night/ 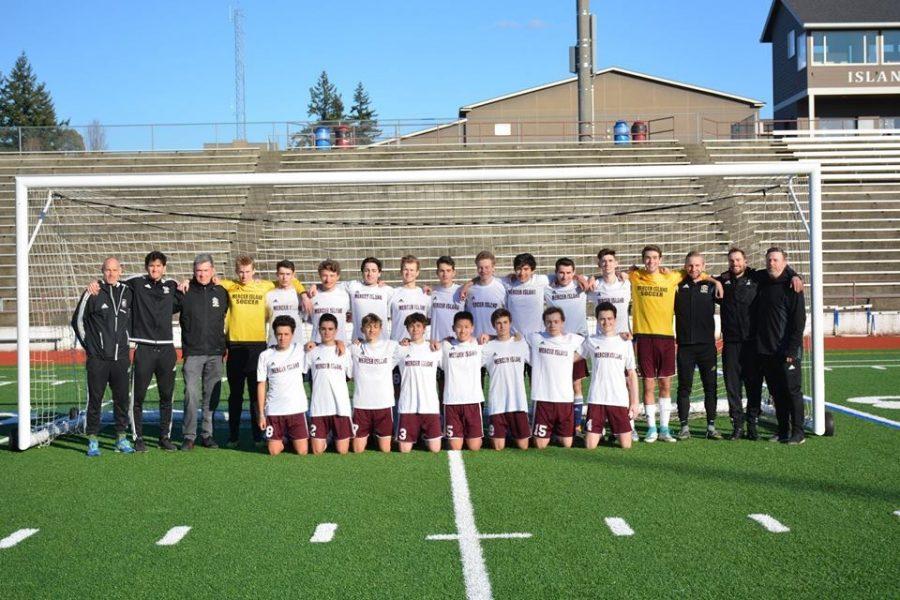 Tuesday, April 30, Boys soccer achieved an important if not exciting 1-0 victory during Senior Night against Liberty.

The game started slowly with both teams trading possession early in the match. The action picked up after senior forward Matthew Capone scored off a penalty kick 19 minutes in.

A solid back line headed by senior defenseman Josh Chansky kept Liberty’s chances to a minimum and helped the Islanders dominate possession for the remainder of half.

The Islanders had multiple scoring opportunities in the first half including a solid blast by senior midfielder Alex Quinlan which deflected off the crossbar.

Although the Liberty attack picked up in the second half with more possession and frequent scoring opportunities, the Islanders held solid, keeping their one score lead for the remainder of the game.

The victory firmly secures the Islanders’ third place spot in KingCo as their league record improves to 6-3-2, giving them a chance to qualify for the KingCo Championship with a win against Bellevue later this week.

“Every game for the last four or five games has been a championship game for us because we’ve been in a no-lose situation,” head coach Forrest Marowitz said. “We’ve had to win every game to keep that dream alive.”

This game also held an added personal importance to the Islanders as many seniors played their last game in The Jungle.

“We’re a hard working group. We all just love the sport. We all love each other. We give each other a hard time, but it’s all about the sport,” senior goalie Blake Robertson said about this group of seniors.

The Islanders’ next match at Bellevue kicks off 8 p.m Thursday, May 2.