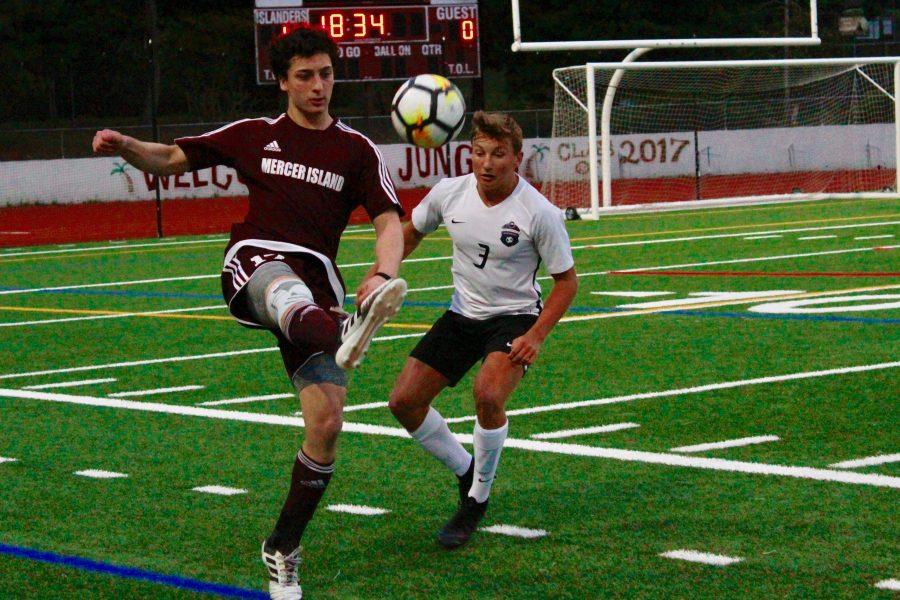 Mercer Island Boys soccer fought hard on Tuesday April 23 against Lake Washington. Ending the game 5-1 and staying ahead throughout the whole game.

At the beginning of the game, junior Luca Mtskhetadze scored the first goal, catching the Lake Washington goalie off guard.

The Islanders were playing hard in the first half, with a goal by senior Adam Braman who took a shot that went right over the goalie. Mtskhetadze scored another goal, brining the game to 3-0. At the end of the first half, goalie Blake Robertson had a great penalty kick save.

In the second half, sophomore Jonah Hyman assisted Matt Capone’s goal, extending their lead. Lake Washington scored on Robertson with only five minutes left in the game.

Sophomore Mattie Freedman scored the final goal on Lake Washington, capping off the Islander’s blow out.

The Islanders are now 7-3-3 and will face Interlake Friday, April 26 in a pivotal intraconference match.