Flag Dudes: Keep It Up! 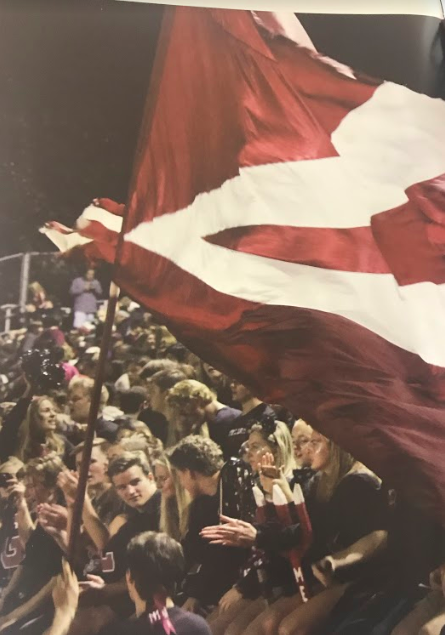 In stark contrast to last year’s Flag Dudes, this year’s crew has gone above and beyond to promote positive school spirit at games and assemblies. The key to their success? A newfound sense of inclusivity present in their performances and cheers.

At assemblies, the Dudes — Ben Dunbar, Jacob Moore, Stew Vassau and Scotty Rowe — have worked to ensure that their skits are enjoyable for all students. Rather than resorting to shock value or inside jokes, they’ve incorporated broader, more accessible humor.

Their success demonstrates that it is not only possible, but preferable to promote a more universal brand of school spirit while still maintaining strong working relationships with the school’s administration and student groups. In particular, the Dudes have been extremely communicative with ASB-Leadership, allowing the two groups to help each other out at assemblies and events.

“They have gone out of their way to collaborate with the Leadership class and the admins,” said Senior Class Treasurer Nadia Lumba, who has acted as an informal liaison between ASB-Leadership and the Dudes.

“I am so thankful for all their hard work and dedication this school year,” Lumba continued.

In addition to their revised approach to the Dudes’ responsibilities, this year’s Flag Dudes have stepped up at extracurricular spirit events, such as football games.

“The Flag Dudes last year didn’t really recognize the band as a 300-person force of spirit in the stands,” Drum Major Brandon Hill said. “This year, the flag dudes are saying, ‘Hey, we’re doing this cheer; do you wanna get the Band in on it?’ and they coordinate with the drum majors, and that way we have a lot more overall spirit.”

This newfound affinity between the Dudes and the Band has not been limited to cheers. During football season, they’ve helped distribute water to the Band and led chants of “One more song!” during moshes.

“Honestly, I feel like our relationship is fantastic now,” Rowland said. “On Senior Night, the Flag Dudes gave the Band kids their flags for the senior mosh, which was really cool.”

The Flag Dudes are at their best when they act in the interest of the student body at large, rather than to bolster their own personal reputations. They’ve met this challenge head-on so far, and we’re looking forward to seeing the Dudes keep the MI spirit flowing this year.