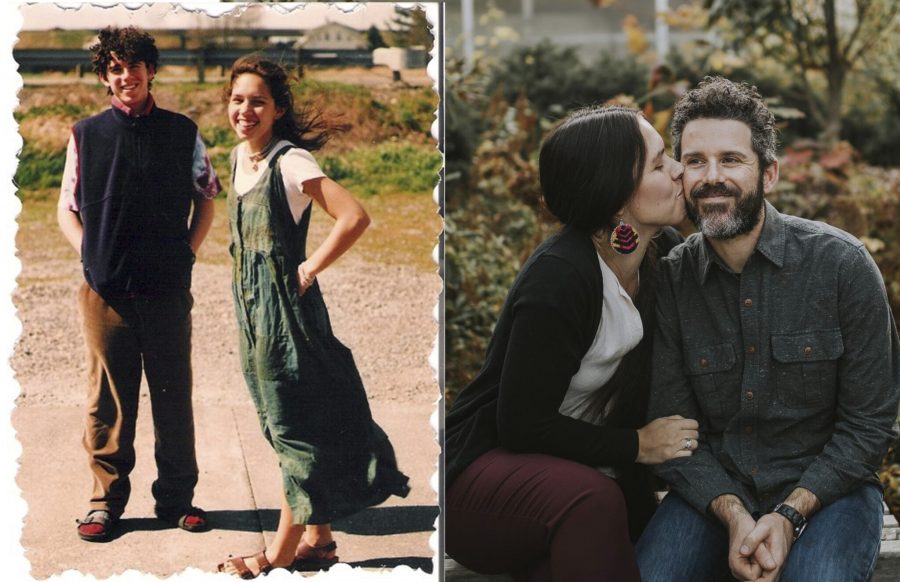 Let’s face the facts: many high school relationships are short-lived. For a select few, however, staying together beyond graduation is a reality.

Calculus and Economics teacher Kim Schjelderup has been married to her husband for 40 years. The two met in math class during sophomore year.

After graduation, however, Schjelderup was unsure if the relationship would hold.

“We both went off to college after high school and then got back together a year later, so we went college and our own places [first],” Schjelderup said. “Meeting up again the next summer when we were home from school we realized that it was a more lasting relationship.”

Schjelderup stressed the importance of understanding her then-boyfriend’s family before heading into a relationship; her mother advised her to notice the small details of each person.

“You never know where you’re going to go in a relationship, so you’ll always want to look at the big picture,” she said. “You never know.”

Schjelderup believes the secret to a long lived relationship is harmony.

“Comparability, compromise, being there for each other, supporting each other through the ups and downs, and recognizing you’re going to make mistakes [are important]. Compatibility is what’s forever.”

Another teacher who married their high school sweetheart is Eric Goldhammer.

Now together for 25 years, Goldhammer and his wife became friends in middle school.

“We had classes, rode the same bus and we had a lot of mutual friends,” Goldhammer said. “I was kind of the ‘new kid’ and she took me under her wing a little bit.”

After high school, the couple attended separate colleges, but their schools’ physical proximity enabled them to maintain their relationship.

“We were always pretty solid,” Goldhammer explained. “We were together the whole time we went to college, so [our relationship has] always been pretty consistent.”

For Goldhammer, the uncertainty that usually surrounds relationships is representative of life.

“I don’t know if we ever really knew it was always going to last forever, but I think we had a hunch,” Goldhammer said. “So I don’t know if being together this long has been a huge surprise, but of course life has all sorts of surprises.”

“Have fun, don’t take any of it too seriously; it’s still high school,” Goldhammer said.