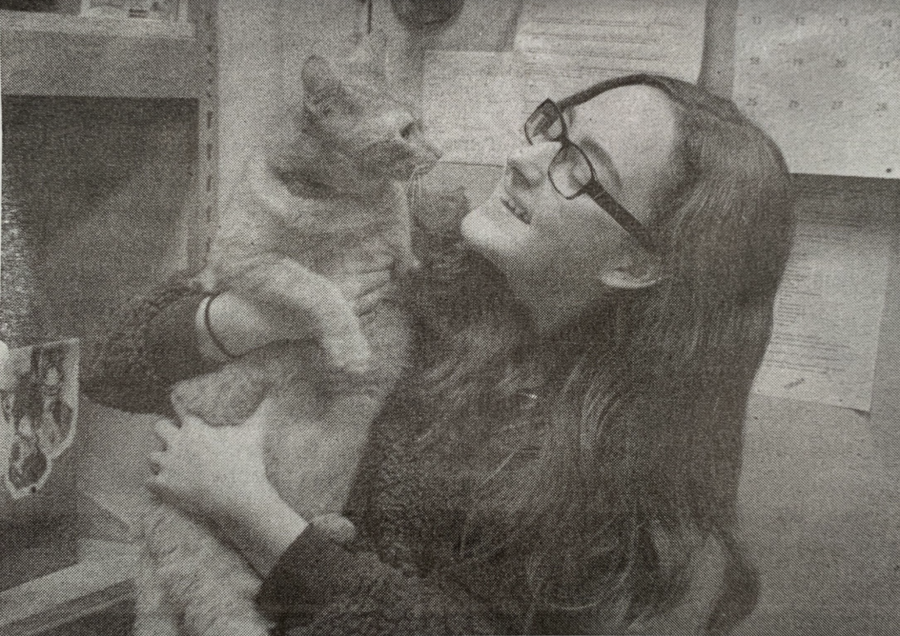 From ski instructors to veterinary assistants, MIHS students are taking the opportunity to work jobs alongside school, building valuable skills and pursuing their interests.

Junior Melissa Haist has been working part time since this June.

“I work at MercyVet,” Haist said. “I help the vets clean the clinic and I help take care of the pets that come in.”

Haist’s interests for the future influenced her choice of workplace.

“Veterinary Studies is one of my top [choices for future career],” Haist explained. “I always had pets growing up, from dogs and cats to chickens and chinchillas…I had always had a particular interest in anything involving the care of animals.”

Freshman Ethan Zhang has skied for seven years, and is now training to become an instructor.

“I’m just training right now, but I’m still on the slopes with some kids,” Zhang explained. “I lead classes of three. Getting a job is obviously not what everyone wants, but once you get into it, especially something you like, it’s pretty fun.”

One of the main reasons why Zhang wanted to work was to fund another interest of his.

“I’m training to be a pilot at flight school,” Zhang said. “I needed to pay for my instruction. It’s not much, but it’s a start.”

Senior Ashley Rudd is working two jobs: one at Aritzia, a boutique, and another as a model for TCM Models and Talent.

“I’m really passionate about fashion,” Rudd explained. “So both of [the jobs] kind of went with that. I’m not good at drawing, so fashion is kind of like my art.”

Rudd can work up to 20 hours a week, which sometimes leads to challenges with balancing her two jobs and school.

“It’s hard to manage,” Rudd said. “I do have two off periods, so that helps me get my work done. I just can’t procrastinate, that’s my main thing.”

Haist also cites her off periods as a major factor in helping her manage time.

“I have a very small amount of hours every day,” Haist explained. “Having a free period has been a major lifesaver.”

Zhang has had similar experiences with balancing work and school.

“It’s a lot of challenges, especially with time,” Zhang said. “It’s kind of hard to keep up with school while doing it.”

Despite this, Zhang still enjoys his job.

“My favorite part is when someone – after I teach them – says they really like it,” Zhang said. “Just putting a smile on their face, getting them into skiing is something I really like.”

Rudd noted that the process of finding a job was initially difficult.

“Actually, I got declined a few jobs,” Rudd said. “You gotta just keep on going – have tough skin. You’re going to get rejected. That’s just part of life.”

In the end, though, Rudd is happy she found her current jobs.

“I like [my jobs] so much,” Rudd said. “I love fashion, I love clothes. If I looked back to the other jobs I applied at, I just wouldn’t have loved it as much.”

With rising education costs around the world, a lot of students are finding themselves without money to live off. Due to this, the majority of students will look for part-time work to give themselves some extra money. The employment process for part-time jobs will probably be different around the world. For example, people in Australia are usually required to do a police check nsw before they get hired. This is to ensure that a workforce is safe and that staff members are reliable. These sorts of checks are becoming a lot more popular in other countries too, so some students may be asked to participate in some checks. Once they have a job, they can expect to earn some money. For students looking to further pursue their interests, gain valuable experience, or just earn some extra cash, a part-time job may be the way to go.