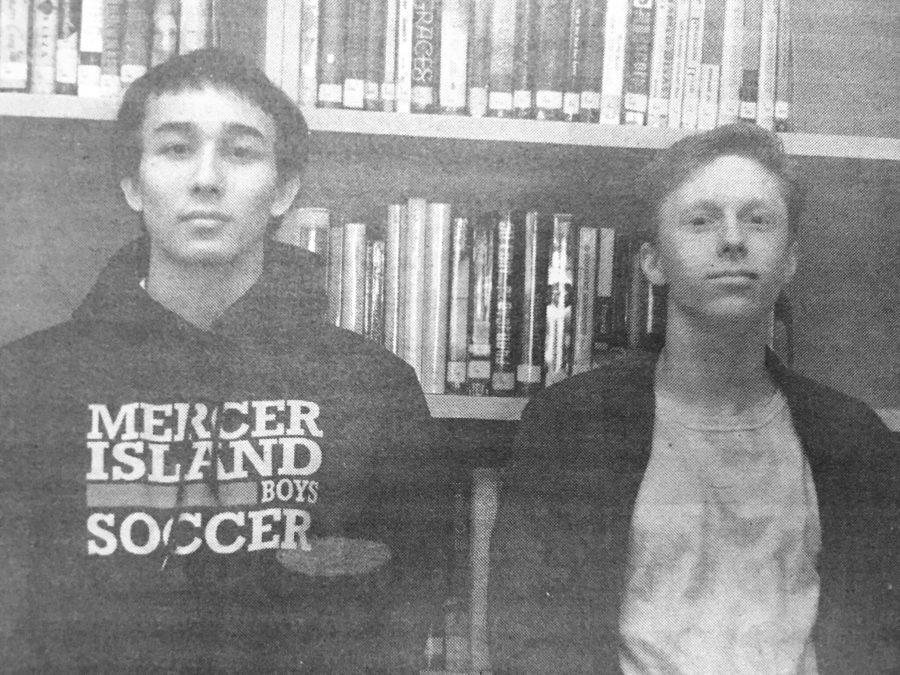 Despite being in the midst of college applications, many seniors remain undecided about their future after high school. Some students, however, have already committed to a more unconventional route: education through the armed services. Naturally, introverted characters may find the thought of living in Bloomsburg student housing with students they don’t really know that well to be unsettling. Others obviously thrive in this kind of environment.

Andrew Motz is one of approximately 1,000 applicants that apply each year for a full-college scholarship at the students’ choice of school through the Navy’s Reserve Officers’ Training Corps program.

“You start the official application anywhere from summer to the fall of your senior year,” Motz said. “But I started the process a little bit earlier.”

“It’s kind of like rolling admissions,” Motz explained. “The selection board meets every month [and] the more times that they look at your application, the better chance you have of getting in.”

The ROTC is a military program at universities that allows students like Motz to engage in a traditional college environment while simultaneously preparing to become a commissioned officer in the Armed Services.

College students involved in the program take an ROTC elective each semester and adhere to several physical and academic standards specific to their respective branch.

After graduation, each cadet is promoted to an officer (or the branch-specific equivalent) and is obligated to complete a minimum service requirement that can range anywhere from three to eight years depending on their branch.

For students who are torn between college and the military, balance can be found in ROTC.

At college, Motz is looking to complement his interests with his service.

“I went with Navy [because] they put more of a focus on science and technology,” Motz said.

“I [also] applied because both my parents were in the Navy. My dad did ROTC, my uncle did ROTC, so I have some history there.”

For others, like Alex Benson, service academies provide more opportunities.

“I want to make sure I have options and [time] to think about it before I make my choice,” Benson said.

As with ROTC scholarships, academy graduates are required to serve at least four or five years.

However, student life at service academies like the Navy and Air Force is much more disciplined and regimented than that of an ROTC Cadet, with every attending student assigned to units and squadrons, mandatory drill practices and limited social freedoms – cell phone use is prohibited for freshmen.

Also in contrast to ROTC, every single service academy student is guaranteed a free college tuition.

Although many academy courses are geared towards military specialization, it is still possible to pursue more normal courses.

“I’m looking at aerospace engineering,” Benson said. “But if I go to an academy, [I] don’t have to major in [a subject] related to [my profession]. You could be an English major and still fly fighter planes.”

Like Motz, Benson was initially inspired by his family.

“My uncle’s in the Army and he went to West Point,” Benson said. “That was one reason why I started looking at the military academies. And then my brother is doing Army ROTC in college.”

Applying to the service academies can become complicated, as each applicant must earn a nomination from at least one of three congressional representatives from their state, which involves a separate interview request with the representatives.

Only after receiving a nomination, passing a medical exam, completing a candidate questionnaire and finishing a physical fitness assessment – on top of the bells and whistles of a typical college application – will students officially be considered for admission.

“At times, it’ll seem like no one really knows what they’re doing, including you,” Benson said. “It takes a lot of communication to work your way through it.”

However arduous, ROTC scholarships and service academies give students a shot at earning not only a potentially free college education, but job security after college, all while serving their country.