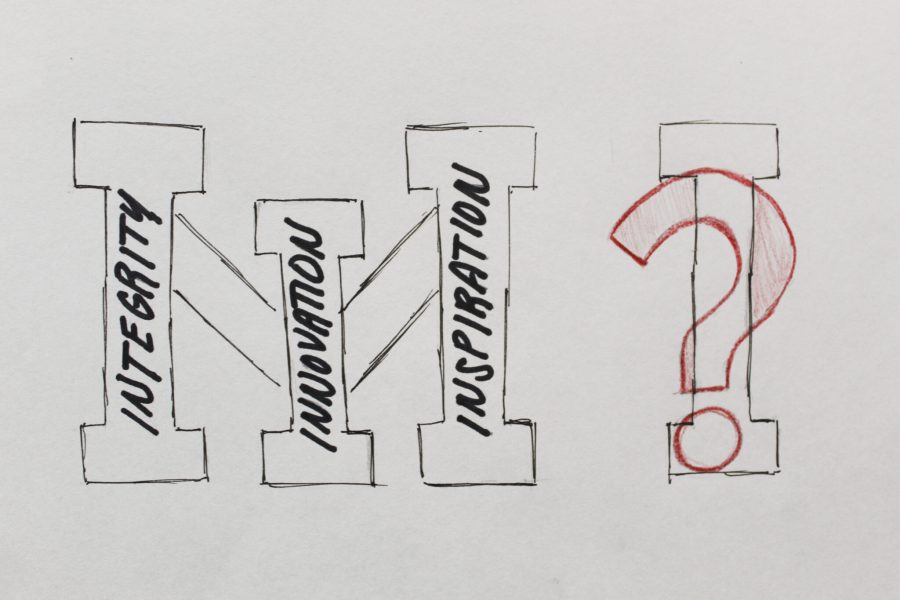 Inclusion is perhaps the buzzword of the year at MIHS. The improvement of inclusion is a key part of the School Improvement Plan, and, though it isn’t officially a part of the motto yet, the school is seriously considering adding “inclusion” to the other three I’s. But is the school doing enough to add the word as a legitimate part of our values?

That’s not to say that the school isn’t inclusive. MIHS tends to have an open-minded community of students, who in general avoid discrimination based on race or gender/sexual identity. Our school has done well in allowing clubs like Black Student Union or Queer Straight Alliance (QSA) to create spaces for groups of students to feel safe and supported.

But we’re not perfect. Though we don’t have a culture of discrimination, smaller acts still occur that harm our inclusion. It’s not uncommon to hear slurs casually dropped in conversation, or students of other gender identities misgendered.

Let’s also not forget the fact that our school has an almost 70 percent white and 20 percent Asian population. This isn’t a problem by itself, but minority students can inherently feel excluded by this; for those of the majority, exposure to non-white, non-Asian students is low.

The school has certainly been improving in inclusion over the past few years. Efforts like the inclusion of more diverse literature and hiring practices, the school’s application for certification as No Place For Hate and the new Margins program, which plans to send a few MIHS students to impoverished areas in our country later this year, are all steps in the right direction.

These actions are admirable, but for the most part aren’t hugely improving inclusion. Addressing the lack of a diverse teaching staff at MIHS is very important, but the other efforts aren’t directly addressing the roots of the problems that exist at MIHS. The school needs to take more effort to educate the student body about the underrepresented and misunderstood people among them.

QSA has spearheaded numerous such programs, according to President Artemis Kim.

“We do a lot of teacher trainings, student education [and] we’ve done a few BRIDGES lessons,” they explained. “We did a teacher training a couple years ago where we told all the teachers to ask for names and pronouns, and in my experience they’ve been really good about that.”

QSA’s actions are centered around education, and are in the right direction to improve inclusion at MIHS. But they are being led by students, not the school. Kim doesn’t think it should be this way.

“A lot of that falls on queer students to educate,” they said. “That shouldn’t be our job. We’re just kids.”

The school really can’t take credit for what the QSA and other student groups have achieved. Though QSA’s progress is certainly a success, the bulk of the work has fallen on the students, which shouldn’t be the case.

The improvements to inclusion should come mostly from the school, especially if the school wants to put inclusion in the motto.

At the end of the day, inclusion is just a word. But without any significant difference in inclusion between our school and the rest of the community, inclusion in our motto doesn’t symbolize a school that is indisputably tied with the values of inclusion. It’s just a word.