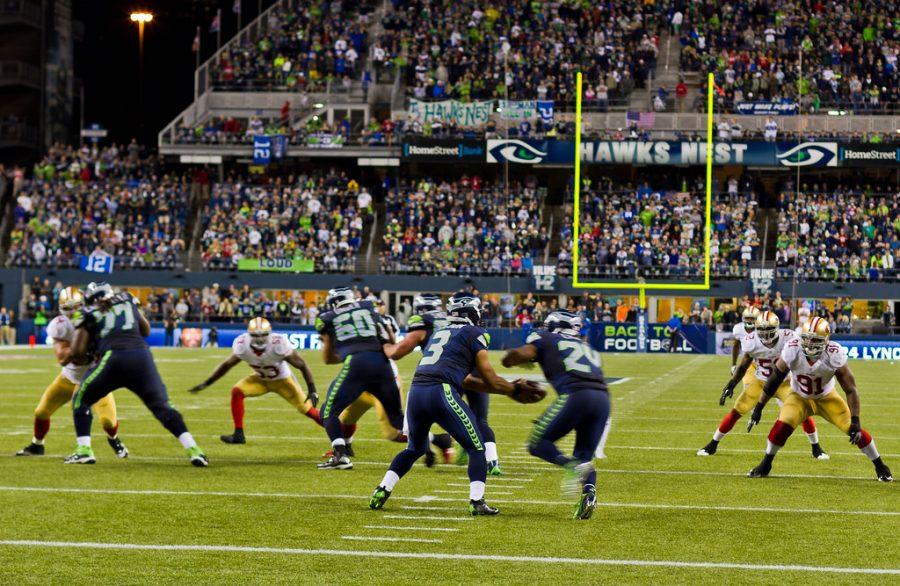 With a disappointing loss to the Dallas Cowboys in the Wild Card round of playoffs, the Seattle Seahawks capped off an incredibly exciting, action-packed and unpredictable season.

In what was supposed to be a year of rebuilding, the Seahawks rose above all expectations by not only finishing with a winning record, but securing a spot in the postseason as well.

Between their run-heavy, playmaking offense and their youthful, quarterback-terrorizing defense, the team became one of the most feared in the NFL by the end of the regular season.

Below is a list of awards distributed to players and specific games that truly summarize the 2018 Seahawks season:
Most Valuable Player: QB Russell Wilson
While there were many standout performances from players this season, when it comes down to it, Wilson is still the most valuable player on the team. As proved throughout the league, wide receivers and running backs are replaceable. However, it would be extremely difficult to replace a quarterback as special and as talented as Wilson. Ranked third among quarterbacks, Wilson produced a 110.9 passer rating for the season: the highest of his career.
Offensive Player of the Year: WR Tyler Lockett
The argument could be made for Chris Carson at this spot, but the numbers Lockett posted this year are too ridiculous not to mention.  Lockett led all Seahawks wide receivers in catch percentage (81.4), receptions (57), receiving yards (965), touchdowns (10), and yards per game (60.3). In addition, Wilson sported a perfect passer rating of 158.3 when throwing to Lockett, proving that they have an extremely strong connection. After signing a contract extension last offseason, Lockett should remain a vital piece of the offense in years to come.
Defensive Player of the Year: DE Frank Clark
While the Seahawks’ defense had many terrific performances this year, Frank Clark definitely deserves this award. Clark proved that he can play at an elite level, compiling 13 sacks and 27 tackles for loss for the season, which were both team highs. With his aggressive style of play, Clark continued to pressure quarterbacks again and again, having a major impact on the Seahawks’ highly inexperienced defense.
Special Teams Player of the Year: P Michael Dickson
There is absolutely no doubt that Michael Dickson is the winner of this award.  As a rookie, the Australian punter led the entire league in both average yards per punt (48.8), and average net yards per punt (43.6), both very impressive feats. Dickson also contributed to the team on some kickoffs, using an old-school method of drop kicking the ball.  The Seahawks should utilize Dickson as an important weapon in the near future.
Offensive Rookie of the Year: RB Rashaad Penny
While Penny may not have put up record breaking numbers this season, he has proved that he will have a significant role on the team in future years. On numerous plays, Penny demonstrated that his assertive yet agile style of running is more than effective. Penny took a backseat on the depth chart this season behind lead back Chris Carson and secondary back Mike Davis. However, Penny averaged 4.9 yards per rushing attempt, ahead of both Carson (4.7) and Davis (4.6). Hopefully he will become an even bigger asset next season.

Side note: Had Will Dissly not gotten injured, he may have been in contention for this award.
Defensive Rookie of the year: CB Tre Flowers
What sets Flowers apart from the rest of the defense is that he didn’t come to the team with very high expectations, after being drafted in the fifth round. This is what made his season all the more impressive. Flowers made an immediate impact on the Seahawks’ defense, taking over the starting left cornerback position. He proved to be a perfect fit to play alongside second year cornerback Shaquill Griffin. Flowers finished the season with 67 tackles and three forced fumbles.
Comeback Player of the Year (Unit): The Entire Offensive Line
The Seahawks’ offensive line has had tremendous improvement since last season. New offensive line coach Mike Solari did a brilliant job transforming last year’s monstrosity into something that for some of the time actually resembles a pocket. The team made some great decisions last offseason, maintaining pro-bowl tackle Duane Brown, and signing key free agents D.J. Fluker and J.R Sweezy. With those roster moves, the line was able to produce their first 100 yard rusher since 2014.  The position group also helped immensely in giving Russell Wilson more time to throw, which proved to be critical at times throughout the season.
Best Game: Week 12 @ Carolina Panthers
While the Seahawks had many great games this season, the one that proved the most critical was in week 12 against the Carolina Panthers. Sitting at 5-5, the Seahawks were on the outside of the playoff picture looking in. This game would make or break whether they would get in or not. With three minutes left to play, the Seahawks had the ball and were down 27-20. At the Carolina 35 yard line, on fourth down, with the game on the line, Russell Wilson delivered a perfect spiral to wide receiver David Moore in the endzone, tying the game. On the next possession, the Panthers missed what would have been a game winning field goal, putting the Seahawks in a favorable position to win the game. A few plays later, Sebastian Janikowski delivered a game winning 31 yard field goal as time expired.
Worst Loss: Week 9 vs Los Angeles Chargers
This game against the Chargers may have been one of the most disappointing outcomes of the Seahawks’ season. The future looked grim after Wilson threw a heartbreaking pick-six with just under seven minutes to play, causing the Chargers to go up 25-10. However, Seahawks fans knew not to give up hope quite yet, and with good reason. Two minutes later, the Seahawks cut the deficit to eight, scoring a six yard touchdown to Nick Vannett. The Chargers tried to put the game out of reach on the next drive, but the Seattle defense did their job. The Seahawks had the ball back with 1:24 left on the clock: plenty of time for Wilson. He managed to drive the Seahawks all the way down to the six yard line. Wilson dropped back, escaped pressure, and threw it to an open David Moore. Every Seahawks fan’s heart sank as the ball slipped right through his hands — game over.