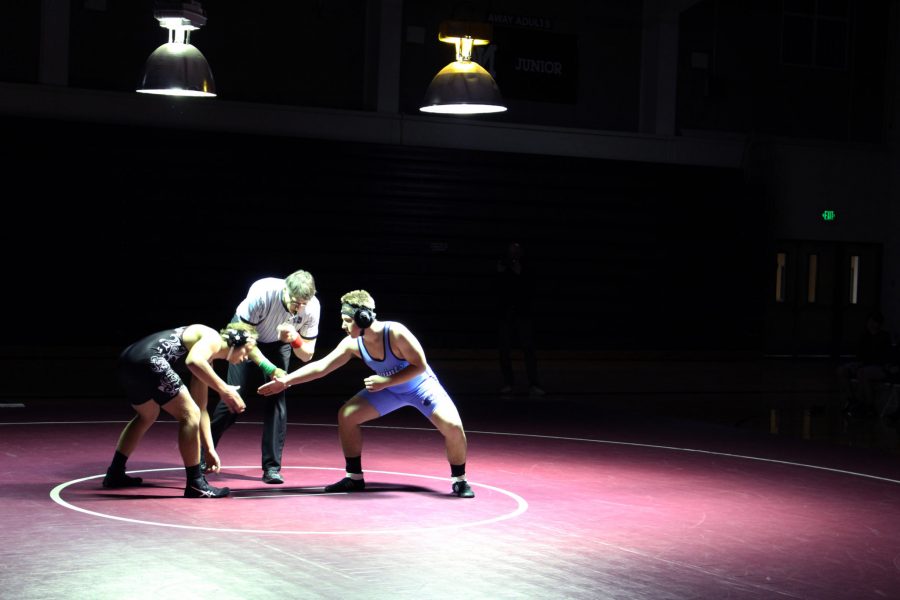 The Mercer Island wrestling team defeated Interlake 44-24 in the second to last game of the regular season.

The Senior Spotlight was the center of this Thursday’s meet. Seniors Connor Hill, Donnie Howard, Andrew Motz, Eli Pruchno and Jordan Tillinger were all featured, sharing their wrestling experiences and celebrating with posters and cake after the meet.

“[Being captain is] a lot more leadership,” Tillinger said. “You have to really step out to help the team, and there’s no time to slack. You just have to make sure everyone’s getting better, not just yourself.”

Coach Lee Jahncke was pleased with the performance of the team.

“The seniors all wrestled phenomenally,” Jahncke said. “I’m pleased how we’ve done so far. We’re undefeated in leagues [which is] nice, and we’ve been performing pretty well at tournaments.”

The team left the match with a sense of both satisfaction and sadness for their senior teammates, who will not return next year.

“We had a solid win over a tough team,” Tillinger said. “Every senior won, so it was a big night for them. A lot of the younger wrestlers had a good experience.”