Football Team Will Face Liberty, With Playoff Hopes On the Line 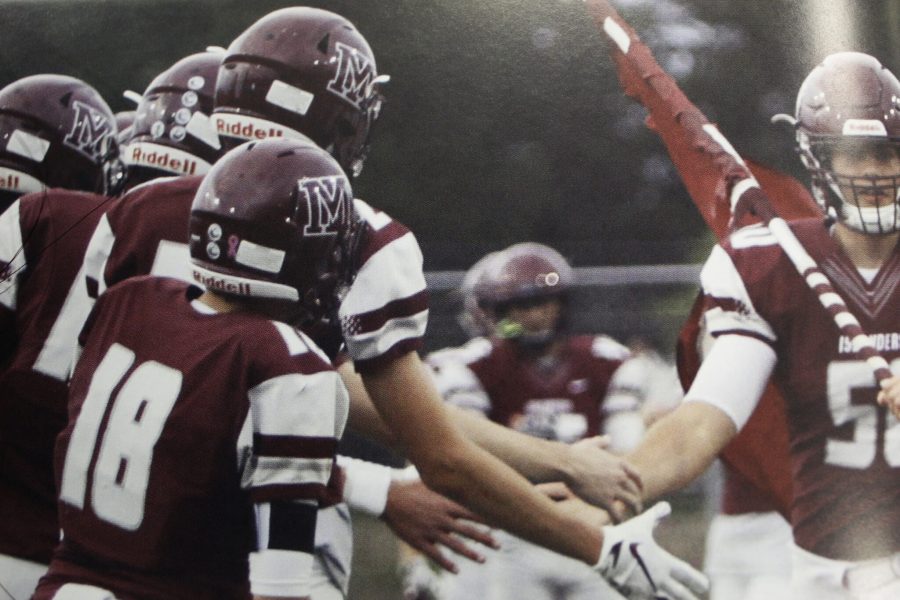 Players encourage each other to focus and play hard, especially as playoff hopes are dwindling. Photo by Natalie Chen.

Friday, Oct. 19, the Islander football team will face off in an important home match against the Liberty Patriots. Players hope to keep fans on their feet as they fight for a spot in the King County playoffs. With a 6-1 record, losing this game may take the team out of playoff contention.

According to second year head coach Ed Slezinger, the top two ranked teams in the KingCo league make the playoffs. The ranking system is usually based on intraconference play and overall standings.

If the Islanders lose on Friday, they will have lost too many tie-breakers to recover. “Whatever the scenario is, we’re just hoping to stay mathematically eligible and continue to give ourselves a shot,” Slezinger added.

The defense, led by Mark Mangino and Cole Miller, has been consistent throughout the season. The offense, however, “needs to pick it up this week,” Slezinger said.  “The expectation is we enter the game on the first snap prepared for what they’re going to throw at us, and handle our business throughout the game.”

The game happens to fall on All Island Band Night, where the entire Mercer Island Band, grades five through 12, comes together to perform in the halftime show. When asked whether this puts additional pressure on the players, Slezinger said “absolutely not,” and optimistically countered that All Island Band Night adds another level of excitement.

Fans are excited to see how the Islanders fare against Liberty this week.

“This game is going to decide whether we make the playoffs or not,” said junior and football fan Olivia Wen. “The stakes are higher.”

Only time will tell whether playoff aspirations become a reality. However, players and fans alike are anxiously awaiting tomorrow’s kickoff.