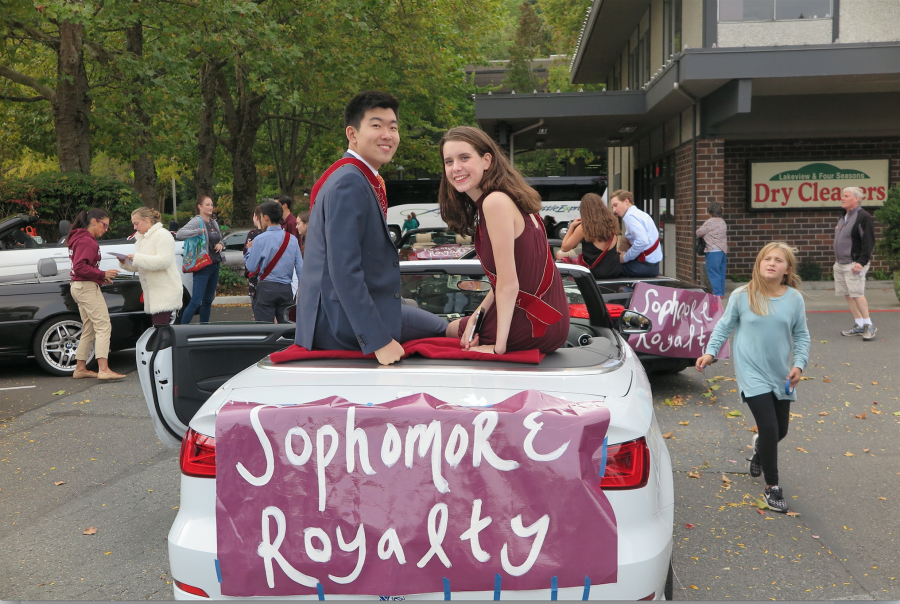 Following the addition of “Inclusion” to the school motto, MIHS ASB-Leadership is taking steps to promote this value by extending previous years’ efforts toward a gender-neutral Homecoming court.

Traditionally, members of the Homecoming court have been titled “Prince,” “Princess,” “King” and “Queen.” Over the course of three years, Leadership has moved to eliminate gendered language in school traditions.

“We had many thoughtful conversations about how to be the most inclusive in nominating Homecoming court,” said Chris Twombley, the Leadership adviser from 2015 to 2018. “We had those conversations in our leadership room, with high school administration and with representatives from high school social justice groups.”

“We also took the time to reach out to local high schools to see what they were doing to be more inclusive, such as Franklin and Garfield.”

“At the same time, we were having conversations about the color of graduation robes, which used to be gender specific,” Twombley clarified. Graduation robe colors changed from maroon for girls and white for boys to maroon for all genders in 2017.

Some feel that the traditional labels exclude people within the Mercer Island community because certain groups never see themselves represented.

“We started thinking about it, and I encouraged them to ask their classmates [and] their peers and get the heartbeat of how students at this school felt about [making changes],” said Leadership adviser Toby Swanson.

“We had QSA come in and address their feelings in regards to our gender norms and how [gender roles] have traditionally been a part of the Homecoming celebration,” Swanson said.

After extended deliberation, ASB-Leadership decided against specifying gender on this year’s nomination ballot.

Although most classes’ first-round nominees were evenly balanced between girls and boys, the top eight nominations for the senior class were all boys. This sparked a debate in ASB-Leadership about whether the Homecoming court should accurately represent the student body, which includes a spectrum of genders, or respect the votes, which included only boys.

“There were a couple different sides, and we [were] trying not to offend anyone,” said Kailyn Baccetti, Junior Class President.

“We’re really working last minute,” said ASB Treasurer Thomas Lee. “There is a lot conflict in Leadership so it was hard to make a decision.”

Ultimately, Leadership decided to extend the list of senior nominees to 18 people for the second election round in order to include female students, so that the list would reflect both student demographics and student votes.

Each class will have a collective four-person “royal court” as opposed to two distinct Prince and Princess pairs. However, the traditional titles of Homecoming King and Queen will remain the same.

“We’re definitely expecting some pushback because we have decided to go strictly off of votes, and [call] it royal court,” Lee said.

“Some people feel like that Mercer Island is already losing so many traditions with the Mosh Pit, the Flag Dudes and everything,” Lee said. “The intent behind keeping King and Queen was to ease the transition, as well as honoring parts of the tradition.”

Gender neutrality is an evolving concept at MIHS, but the new format for Homecoming royalty is further evidence of the school’s focus on inclusion.

“Hopefully,” Swanson said, “It’s a point on a pathway towards more inclusion as opposed to this being an ending point.”