MIXC Laces Up for the Season 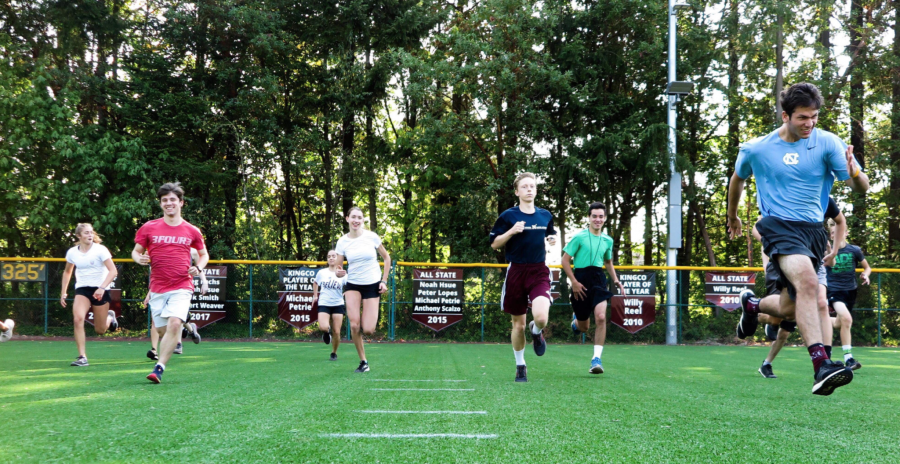 As summer draws to a close, the members of MIHS Boys Cross Country are preparing differently for this year’s upcoming season.

Four years have passed since both Boys and Girls Cross Country have qualified for the state competition. In the hopes of bettering its chances of advancing, a group of runners on the Boys team has been running between 40 and 60 miles each week over the summer.

“Hopefully the summer training makes a big enough difference that we make it to districts and maybe even state,” captain Alex Benson said. “We also just want to surprise the other schools with our improvement.”

Summer is not an off-season for the most dedicated runners.

“Many of the really competitive programs view June, July and August as the most important months of the entire season,” Head Coach Susan Empey said.

Captains Alex Benson, Nak Nayar and Karsten Mullins have made it a priority to get the entire team involved.

“I think the bonding and strength that we will gain from these runs will help us achieve our team goals,” Nayar said. “There are a lot of young runners, and the future looks bright.”

The runners, along with their coaches, have high hopes for the upcoming 2018 season.

“We will have one of the best teams in the past decade,” Mullins said. “The strengths of the team are our depth, work rate, and Michael Deal.”

As the school year starts, the team intends to continue its habits from the summer.

“We will continue to focus on the little things that can really make a difference and have a heck of a lot of fun along the way,” Empey said.