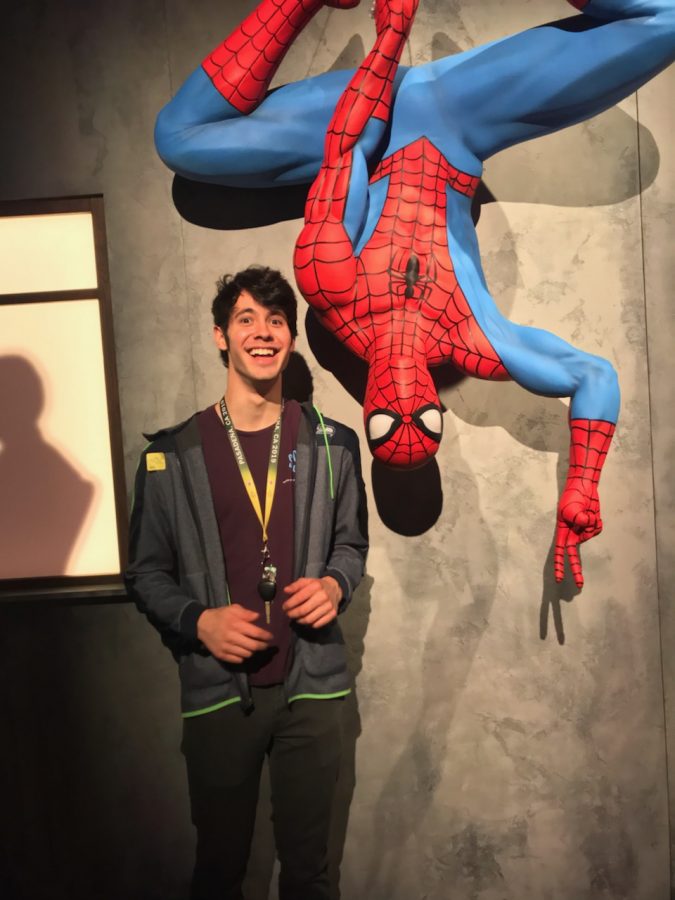 All That I Have: Welcome to Jackass

On June 1, 2018, two very important things are happening. Thing one: all MIHS juniors are taking the WCAS so that we can steal state funding from inner city schools who don’t do as well. Thing two: “Action Point,” the latest movie from the “Jackass” crew, hits theaters.

Following a long line of films, “Action Point” is slated to be more of the same. But that’s ok. Because “Jackass” follows a very simple formula that works every time: the cast hurting themselves in weird ways. From a film-lover’s perspective these films consist of base buffoonery. However, the ridiculous premise has endured seven successful films. That’s more movies than “The Dark Knight” and “The Godfather”  franchises combined.

Here’s my review, from what I got from the trailer:

Johnny Knoxville is back, and after mourning the two dead members of his cast (both dead from incidents unrelated to the “Jackass” franchise), he’s opening an amusement park in their honor. But no amount of roller coasters can bring back Dunn, Johnny. However, a new fancy amusement park opens right next to them, and Johnny Knoxville’s business goes out the door. This whole story is being told through the lense of a grandpa telling his son about the past. Keen watchers will realize this is the same Grandpa from “Jackass 2” and “Bad Grandpa,” and is famous for the bit where he goads blue collar workers into fights.

That narrative continues and Johnny Knoxville determines that there’s only one way to outcompete the fancy new park: remove all of the rules and make the rides unsafe. This leads to my first critique. In what world does making a park unsafe increase its patronage? What khaki-clad dad says to his family, “Hey kids, should we go to the park where everything is safe and clean, or should we go the park where someone left a razor on the slide and it got stuck there by dried human urine, so that when you slide down it you get filleted like Nemo when CPS finally found him. Why are you crying? Get in the car”

Despite this plot hole, the film continues with examples of unsafe rides: riding a sink with wheels down a slide, getting catapulted through a barn and something to do with a bear. Here’s the part of this movie that rocked my world the most. “Action Point” is based on a real park in New Jersey, Action Park, that closed down. During its eighteen year tenure, Action Park was responsible for the death of six people. Johnny Knoxville heard this and thought “I’ll make a comedy out of this.”

Action point only stars one other original “Jackass” cast member: Chris Pontius. Chris Pontius is well known from the original series for his daring stunts such as “shopping cart slaughterhouse,” “pig fat dunk fight” and “paper shredder finger food.” All of those were made up, but you get the idea.

“Action Point” is slated to be the biggest movie of the summer and fans should be sure to watch for the latest installment in the “Jackass” series.