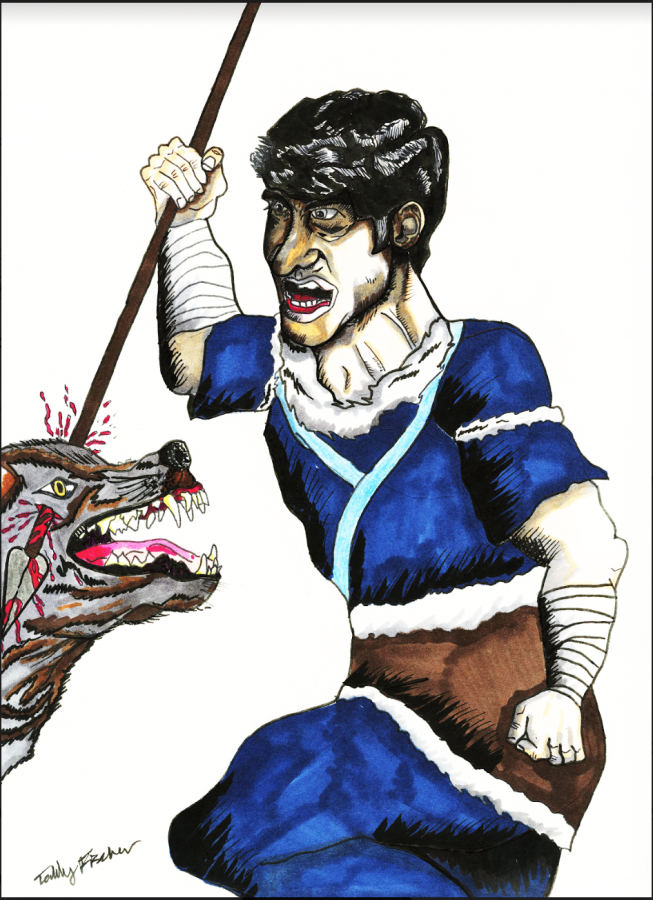 We have a cartoonist on staff. His name is Teddy Fischer. One time he drew two walruses making out, and then like two minutes later he made out with two walruses (this act is known as a “blubber sandwich”). As soon as that cartoon got published I knew I had to abuse our cartoonist. So, I invented some made up position (Note to editor: Next year can we come up with a more convincing and official sounding title? I was thinking like “Lord of Laughs,” “The Jesting Journalist” or “Editor in Chief”) on the editorial board so I could have enough power to commision a cartoon.

This week’s cartoon was commissioned because I thought I was gonna write something bashing the EPA or PETA,  but I realize that it’d be more fun for me to force Teddy to draw something simply because I wanted him to. So yes, you could consider this week’s column a cartoon or you could consider it a massive power move against Teddy; he interviewed the Secretary of Defense of the United States, so I had to take him down a peg.  My next step is to force Sophie Poole to write a poem about me for an “article.” (Note to Editor, specifically Sophie: potential titles include “Spencer: A Man Inside a Boy’s Mind,” “The Prodigy of the Sword” or “Ode to a Tragic Spanish Grade.”)