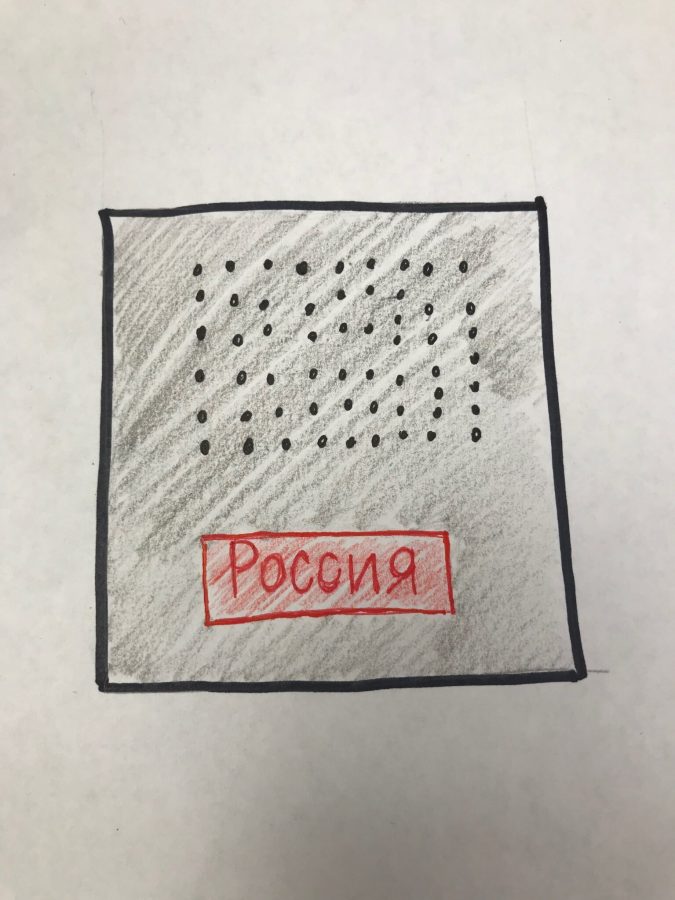 Throughout the past few weeks at Mercer Island High School, students have noticed the daily announcements take a strange turn. It started subtly, but eventually grew into something glaringly obvious.

In the beginning, daily announcements went unheard per usual, but a few observant students noticed changes in the messages. “At first I heard an accent, although I didn’t pick up on where it was from. I forgot and moved on,” Emma Johnson said.

After a few weeks, leadership stopped announcing pasta on mondays but instead borscht and pirozhkis. There was no denying something was very wrong. That’s when rumors began to spiral and students started to listen to the announcements attentively every day.

“I decided it was time to investigate when the person making the announcements slipped saying, ‘и идти MI… sorry I mean… and go MI!’” Johnson said. Whoever it was tried to keep appearances up for a while; however, eventually dropped the “…and go MI!” entirely for “…long live Mother Russia!”

Changes that originally only affected announcements started to trickle into the school community. “Signs were posted about a new Putin fan club, which meets four times a week,” Johnson said. Not only that, the coding club received a mandate to teach lessons in social media hacking and bot creation.

However, the Russian influence didn’t stop with after school activities. “When I went to sign up for classes for next year, Spanish, French and Chinese were no longer available. The only world language I could take was Russian,” Jacob Anderson said. In addition, students interested in checking out “Animal Farm” from the school library were unable to do so after they started to slowly disappear.

Athletes at MIHS became significantly stronger and faster with no clear link to improved training. Some gathered that it could possibly be related to. the “special pills” they were being given. “I was sitting in class when the wall cracked after someone outside threw a football against it a little bit too hard,” Anderson said. “Something seemed off.”

The soccer coach at Bellevue, Doug Williams, resorted to pulling his team off field during a game against MIHS. “Two of our players left with broken bones, and one with a severe concussion,” Williams noted. “I was extremely concerned for their safety. Never have seen MI players with such superhuman strength.”

It was then deemed necessary by the entire school community to uncover the cause behind the uncharacteristic Russian behavior, and put an end to it. “After a not so careful investigation, I learned that foreign exchange student named Vyacheslav Kuznetsov, who turned out to be a young looking 38 year-old Ph.D from Moscow, was very close with many members of leadership,” Johnson said.

This was discovered when Johnson walked into a classroom to find Kuznetsov furiously scribbling russian letters on the whiteboard. “He tried to run, but I caught up to him eventually, and that’s when he explained everything,” Johnson said.

Kuznetsov was motivated to create a disturbance throughout the school and create a divide between students and administration, and did so by turning leadership into a Russian cabal. He intended to eventually have all students in the district using schoolovsky instead of schoology, so he would have access to data of all the students, teachers, friends, parents, pets and distant relatives.

While the students of MIHS appreciate the school being restored to the way it was before, they enjoyed learning Russian, and newly adopted borscht Wednesdays continue to be a favorite among many.