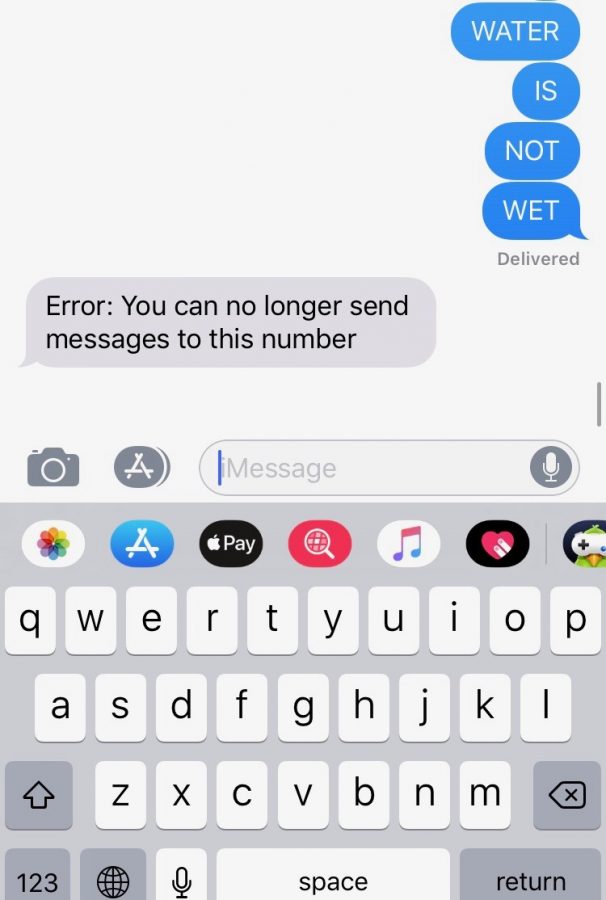 Friendships have been broken, families torn apart and trust forever lost over one simple question: is water wet? Unfortunately there are many Neanderthals in this world who would argue that water is wet, but basic human intelligence has time and time again proven such groups incorrect.

The beginning of human history and civilization is largely defined by the advent of writing, but it seems futile if humans would one day use words to campaign such idiotic opinions.  Can one really call modern day humans “advanced” if there are still those who believe that water is w*t? It seems blasphemous to even write those words.

To lay down some cold hard facts, by the very definition of the word “wet,” water physically cannot be wet. According to information obtained from a scholarly database, Quora.com, “In a liquid-liquid interaction, such as water by itself, we can say that water is not wet, as molecules are all bound together and not wetting one another.”

The Quora article emphasizes the difference that many people somehow still fail to understand. Though water has the ability to make other materials wet, the liquid itself is not wet.  Many proponents of the opposite belief argue that water must be wet since it cannot be dry. “The earth is actually flat and of course water is wet,” said a person who is too ashamed of their idiotic comment to sign their name under it. The ridiculous argument fails to take into account the nuances that categorize a substance as dry or wet.

It is ridiculously easy for one to recognize that like many other classifications, there is a spectrum. Certain substances do not have to be fully determined 100 percent wet or 100 percent dry. For example, on a number line zero can clearly be seen as neither positive nor negative, and anyone who would argue either case would be easily disproved.  The number system is similar to the case of water, which is neither wet nor dry.

For incompetent people that still are not convinced by this Nobel Prize-worthy flowchart and explanation I offer yet another analogy to dumb it down. If fire comes in contact with an object, then that object is now burnt, likewise, if water comes in contact with something, that object is now wet. However, one would NOT say that a fire is burnt and thus, one cannot possibly still argue that water is wet.

The possibility that an intelligent being would possess an “opinion” like this seems contradictory, yet predictably humanity disappoints every day. Every time that someone says “water is wet,” a mermaid dies. Does the human race want that kind of responsibility on their hands? Humanity’s ignorance has already killed most of the unicorns, and the percentage of fairies in the wild is rapidly dwindling.

With an overwhelming array of facts supporting the correct argument that water is not wet, humanity needs to acknowledge its errors and take responsibility for its absolute stupidity to believe anything contrary. Additionally, citizens must successfully protect the Earth and its future inhabitants from making egregious errors in their basic common sense and knowledge by never repeating the godforsaken words, “water is w*t,” ever again. Once we do this we will have taken monumental steps toward ending the disease of ignorance that is so prevalent in society today. The human race needs to accept scientific facts and act responsibly to end this “debate” once and for all. WATER IS NOT WET.