For A Senegalese Girl, The Importance of “Black Panther” 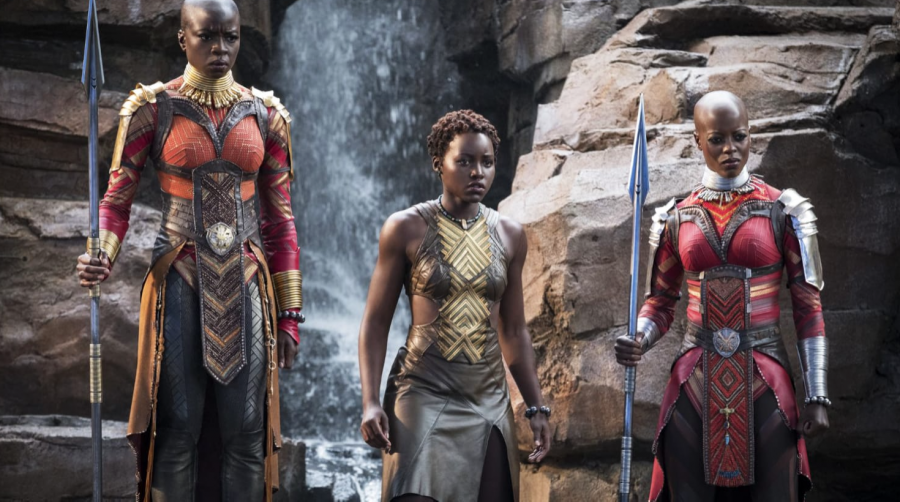 As a Senegalese girl, seeing “Black Panther” was an emotional journey filled with pride and astonishment. I could relate to many of the moments in the film — especially those which were inspired by African culture.

“Black Panther” comprehensively celebrates African culture on the big-screen with almost all of the continent’s 54 countries represented in the film. The film recognizes the whole African continent from a new and fresh perspective by creating a fictional country called Wakanda. The costumes that represented different nations, the music inspired by the Senegalese singer Baaba Maal and the breath-taking scenery portrayed honored the one prominent and vibrant theme throughout the movie: Africa.

A scene that stuck with me is when T’Challa, the main character and the king of Wakanda, saves a group of girls from being kidnapped by a group of terrorists — presumed to represent Boko Haram. This scene was not only powerful because it directly addressed the #BringBackOurGirls movement, but it also elevated “Black Panther.” When the movie acknowledges the topic of terrorism, the movie became more than just a superhero movie. Terrorism is an issue not only relevant to Nigeria, but to the whole world. I also believe it was a way to show that the 200 Chibok girls will always be remembered.

While most movies set in Africa show a continent that is poor, uncivilized, violent and uneducated, “Black Panther” does the complete opposite. As I watched “Black Panther,” it was amazing to see a more warm, welcoming and developed vision of my continent. I believe that is what Africa is all about.

The strong female representation seen through the Dora Milaje, the female-led special forces team in Wakanda, challenges the patriarchy I have experienced in African culture. I noticed right away that the Dora Milaje women were inspired from the Dahomey Amazons — a female military regiment from Benin during the 19th century. It was inspiring to finally see women being the protectors, and not the ones needing protection.

The connection I felt to the strong female characters and the representation of the African continent made “Black Panther” one of my all-time favorite movies. This film has become the perfect platform to show the rest of the world the positive aspects of the continent that I grew up in and love.