Why Everyone Needs to See “Good Kids” 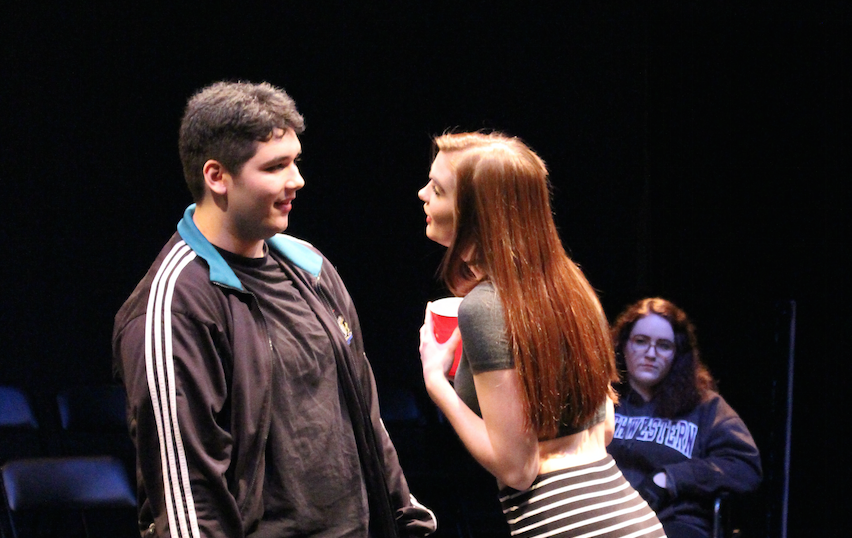 “Good Kids,” a PG-13 play, addresses teenagers, rape, social media, and victim-blaming — and is one of the most provocative plays MIHS has produced yet. Based on the 2012 Steubenville High School rape case, “Good Kids” follows high school student Chloe’s story of sexual assault.

The morning after a party, Chloe wakes up in a basement unable to recollect the previous night. After checking her phone she discovers that she has been raped while unconscious. Knowledge of her rape subsequently spreads throughout the school through text-messages, photos and videos.

“Good Kids” tells the story of the horrific reality of sexual assault. As the #MeToo movement has grown, many people have felt emboldened to share their own experiences with sexual abuse. “Good Kids” reminds MIHS students that the reality of the #MeToo movement is not limited to Hollywood and that the characters on the stage could be any high school student. Hopefully, the relatable nature of this powerful message will wake people up to the prevalence of sexual assault.

“Sexual assault happens to so many different people in different situations,” said Mollie Parkinson, who plays Daphne in “Good Kids.”  “Things like this happen all the time. It’s your friend who gets sexually assaulted, or your colleague, or someone in your class.”

The casting of the play presented a unique challenge for the actors. “Good Kids” has two sets of cast members where the ensemble and secondary characters perform in every show and the lead actors alternate each performance.

“I think [the two casts] are different in terms of the dynamics and relationships and the way that they work together,” said Daniela Melgar, director of “Good Kids.” “Augusta [Norman], her Chloe is different than Sophie [Hankes]’ Chloe, but they’re both really lovely interpretations of that character.”

The actors capture the agony, disdain and pain each character experiences. Sophie Hankes, who plays Chloe, creates a character with intention and complexity. Sophie Kelly-Hedrick’s character narrates the play and offers an interesting and nuanced glimpse into the story. Jack Hamilton’s convincing portrayal of Ty, one of the rapists, epitomized the ugliness of ignorance.

A particularly touching scene was one of the first moments in the play. A confused Chloe wakes up the morning after the party and is driven home by Tanner – a friend of the rapists. The guilt Tanner feels for letting Chloe be raped is captured perfectly in the painfully-awkward exchange between the two characters.

The employment of a non-linear timeline makes “Good Kids” an especially powerful experience. Repetitive scenes and flashbacks allowed different perspectives to be examined by the audience. Each principal character has flaws and accurately depicts the complex reality of their situation in this story. In addition, the play is performed in the round. This is where the audience surrounds the stage which creates an intimate and visceral experience.

“Good Kids” is a show the whole school should see. Conversations about rape, victim-blaming, and slut-shaming are necessary for every high school. “Good Kids” is the first step to starting this discussion.

The King County Sexual Assault Resource Center and Lifewire, a center for victims of domestic violence, are providing a special talk-back session with guests after the Friday, Feb. 2 performance. “Good Kids” is being performed Thursday, Feb. 1 and Friday, Feb. 2 at 7 p.m., and Saturday, Feb. 3 at 2 p.m. and 7 p.m. in the PAC. Doors are located in the 500 hall. Tickets are $10 if bought beforehand and $15 at the door.