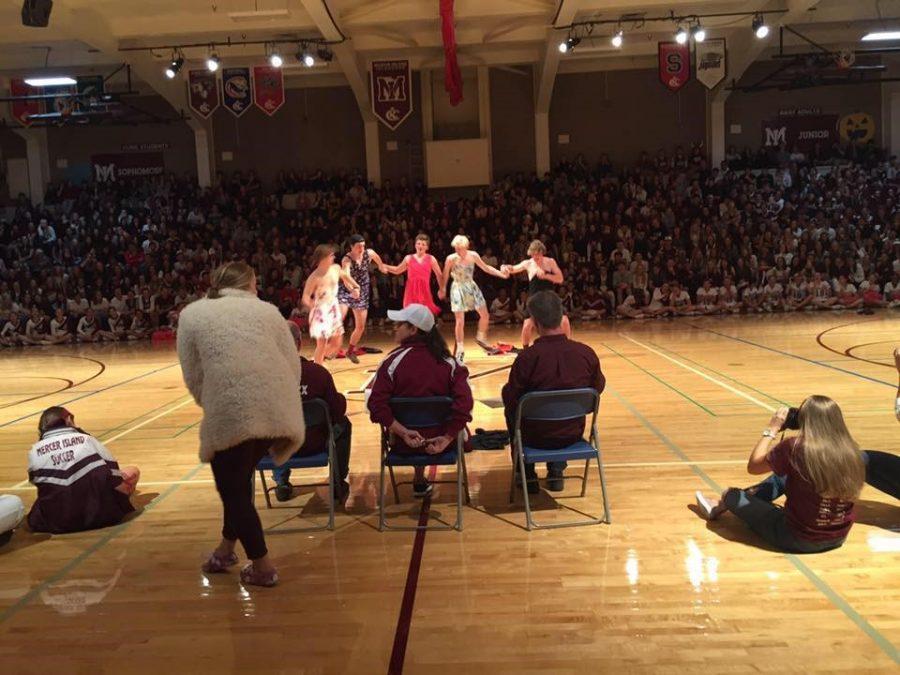 Last month, an MIHS student wrote an open letter to Principal Vicki Puckett, complaining about how a politically-correct mindset among school administration was leading to a decrease in school spirit. This letter was published online and in print by the Mercer Island Reporter and gained a fair bit of traction among the school community; plenty of students and parents seemed content to look past the blatant falsehoods and flawed reasoning which formed the backbone of the letter. Within this school, students have been driven to join a vocal crusade against MIHS’s supposed “PC culture”: an all-purpose political boogeyman of nebulous nature and indeterminate meaning.

This might not seem like a large issue – after all, teenagers have been rebelling against adult-enacted constraints since the beginning of time – but the zeal with which students have been attacking the school administration’s decisions must be addressed. Let’s take a detailed look at the letter, which outlines a set of concerns shared by a sizable portion of the student body.

The student begins by establishing her close ties to the Mercer Island community. “I am a third-generation Islander,” reads the letter. “I think that’s pretty neat. Unfortunately, in my three years at MIHS I’ve noticed our school gradually change in ways that are stifling our school’s spirit.”

Setting aside for a moment the question of whether three years at the high school is a large enough frame of reference (the student has in fact attended MIHS for just over two), the reader is naturally drawn to wonder just what horrible acts the school administration has committed. The writer follows this dramatic introduction with her take on an incident which occurred at a recent assembly.

During this year’s homecoming assembly, each grade was assigned to perform their own original dance in front of the school in a friendly competition. These routines were screened, practiced, and scripted beforehand, as is procedure with school-wide assemblies. Yet when it came time for the junior class to perform, they went off-script.

The five male participants discarded their robes to reveal dresses, and went on to dance to a Spice Girls song. The order was quickly given to cut the music, and just like that the show was over – much to the chagrin of the student body.

The decision to cut off the class dance was made for two reasons, according to a school employee familiar with the issue. First, the juniors went off-script by adding an element to their dance that had not been previously seen or screened by school officials. Second, the dresses were a central element of the performance, and the comedic intent of the participants was potentially harmful and offensive to transgender students.

The junior class dance shutdown was both the catalyst for the letter and its central piece of evidence. Yet the validity of the writer’s commentary is questionable – and even she knows it.

“I am not transgender, so naturally I do not understand what transitioning is like,” she writes.

The student then speculates about how transgender students might have felt about the skit, saying that the faculty’s decision “seems [sic] to bring more attention to the situation and likely made transitioning kids feel more awkward and insecure.” What’s the reasoning behind this counter-intuitive speculation, you might ask? She provides none, instead going on to claim that “the faculty turned a mole hill into a mountain in a strained attempt to act as the PC [political correctness] police.”

So what exactly is political correctness? The letter never really clarifies the term’s meaning, but in general uses it to describe anything that threatens tradition. The writer calls the faculty’s decision to shut down the dance “politically correct.” Is “political correctness” simply being conscientious of others, then?

Later in her letter, the author lists off a few more time-honored traditions that the school administration is supposedly targeting in an unprecedented crackdown, claiming for instance that boys are now joining the drill team. Not so, according to Drill Captain Ali Dickstein.

“Since I first made the drill team, boys have been allowed to try out,” said Dickstein, who’s been a member since the 2014-2015 school year. The inclusion of boys was thus part of the drill team’s policy before the letter’s author even attended MIHS, though no boy has ever tried out.

The writer also brings up “rumors of girls joining the Flag Dudes next year,” a claim which, through her wording, even she admits is hearsay. Why does she see this possibility as a harmful development, rather than a step towards equality within the student community? She never makes herself clear.

The letter paints a picture of an unfair, unprecedented crackdown on students’ rights by the school administration.  Yet according to former MIHS student and current teacher Gavin Cree, these actions have a clear precedent.

“When I was a freshman, hazing was commonplace,” Cree said.  “I was ‘canned’ three times by juniors and seniors.  Some kids were paddled and doused in ketchup and mustard.  Several of my friends were taped to light poles on Island Crest Way.  By the time my graduating class were seniors, administration was cracking down on hazing really hard.  Many students were outraged and made T-shirts to express their displeasure…it shows how far we have come in 18 years.”

Cree, who also coaches the varsity Boys Basketball team, equated the eradication of hazing with the steps taken by school administration against certain traditions today, but also mentioned that he observed a larger issue with school spirit.

“I want to challenge the students of MIHS to reconsider what school spirit actually is,” Cree said.  “Right now, school spirit seems to be centered around self-deprecation, sarcasm and harassing or chastising opponents.  This doesn’t help our teams.  It reflects poorly on our school and it only serves to motivate the opponent.  I’d like to see Islander spirit move towards positive enthusiasm for motivating our teams with increased coordination between student leadership groups.”

Where Cree foresees a change in spirit, the letter portrays its demise.  Drawing from the experience of two and a quarter years at MIHS, the letter’s author states with confidence that “the spirit is evaporating.” But what exactly does “spirit” mean here?

If “spirit” means performing needlessly provocative and offensive dances in front of the whole school, maybe we do need less of it.

If “spirit” means keeping school organizations and spirit groups gender-exclusive on no basis besides tradition, let’s get rid of it.

If “spirit” means setting a bad example for underclassmen in a school environment, it should be no surprise that the school will crack down on it.

The spirit that students should preserve and encourage doesn’t have anything to do with tradition, exclusivity, or ignorance. Real school spirit comes from mutual support, inclusiveness, and shared respect. If “political correctness” is comprised of those qualities, we need more of it, not less.

When one’s beliefs and traditions are challenged, it’s easy to throw around buzzwords and argue from emotion. What’s harder is to recognize the valid concerns that the so-called  “PC police” are acting on. The student body at MIHS needs to focus a little less on tradition and a little more on creating a culture where they can express their spirit in constructive ways.