The flaws of ASB elections 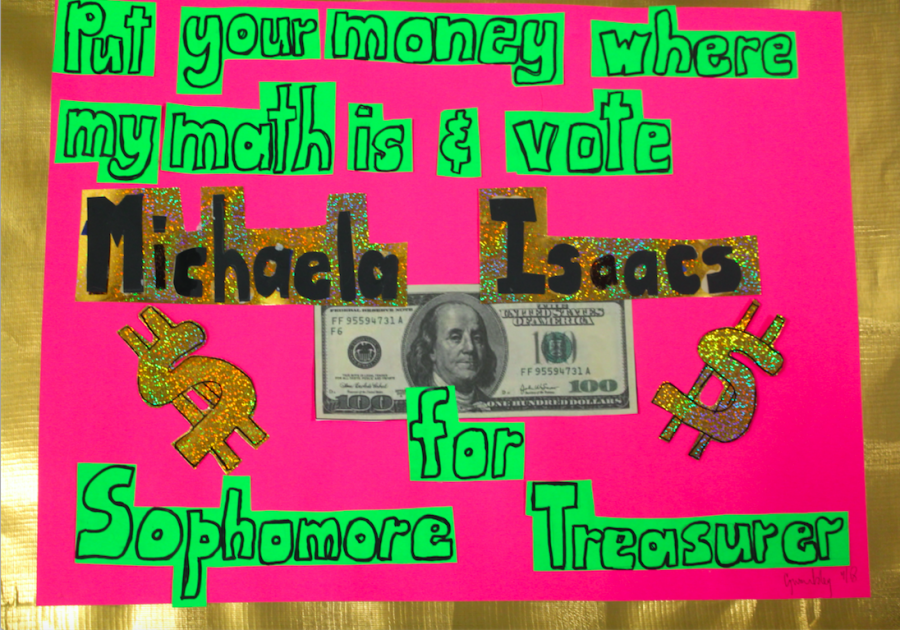 Posters like this one plaster the walls in the weeks before the ASB elections.

Brightly colored cardstock posters cover the walls of the Mercer Island High School. Students chatter with one another, plucking lollipops off posters proclaiming, “don’t be a dum-dum, vote for Lily Gile!” Outside and after school, students running for leadership positions record humorous videos, packing in as many jokes as possible. Associate Student Body (ASB) elections have begun.

When I walked into Bridges on March 29, ASB Election Day, all I knew about the candidates was a few of their names. I did not know anything about the students themselves, nor did I know what the positions entailed or what type of person would best fit the role. However, when I looked around me, that did not really seem to matter; it seemed as though most people did not actually care who the most qualified candidates were.

My class watched a series of somewhat humorous and mildly convincing campaign videos. After viewing the videos, we voted for our representatives through Schoology. That was it.  None of the videos told me much about any of the candidates, or what the candidates were going to do in their future positions. In all honesty, I almost felt unqualified to cast my vote.

Of course, an outgoing and positive attitude is important to hold a leadership position at this school; our ASB representatives need to be enthusiastic, energetic, and devoted. Despite this, voting should not be based solely on whose video was the most amusing or entertaining. Students should be able to make informed decisions based on which candidate is best suited to the job, yet in our school, ASB elections are little more than glorified popularity contests. It appears that, more often than not, people win solely because of their ability to get the most laughs.

Since funny videos are the main source of votes, many candidates do not feel inclined to offer information about what the various positions actually entail. Judging from their posters and videos, the candidates do not campaign on any sort of platform and do not seem to have any evident plans for the future of MIHS if they are elected. This leads to a destructive cycle in which students cast their votes based solely on how funny the campaign videos are, and not on any proposed policies.

While this issue may seem silly to worry about, our high school ASB elections create a precedent for the future. If we choose who to vote for based on what little information is given to us without additional research, we will create a culture of misinformed voting. This could lead to the election of underqualified officials in not only our student government, but our country’s government as well.