A backstage look at Classical Chinese dance with Rae Wong 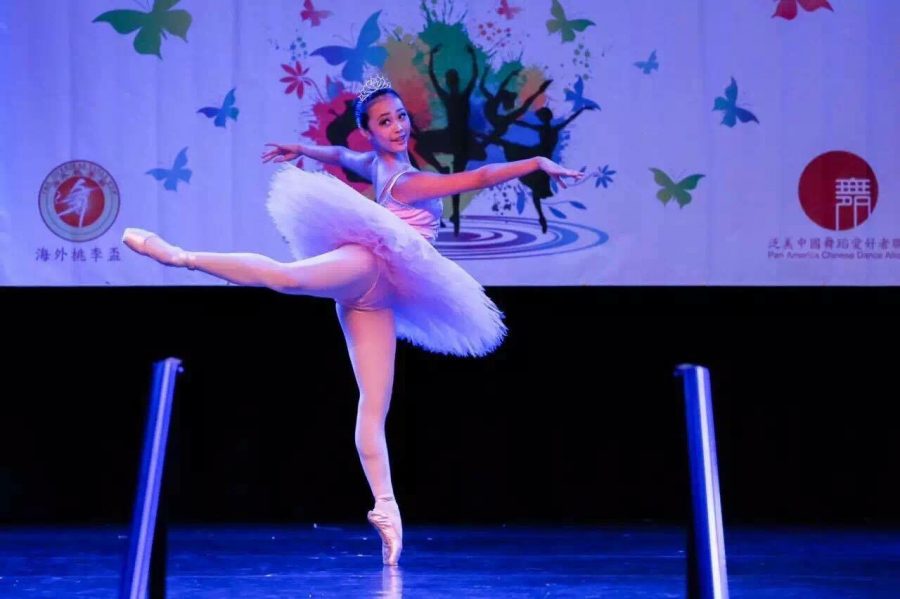 MIHS junior Rae Wong has been training in Classical Chinese dance and ballet since the eighth grade and has recently been honored several international awards for her dancing. After living in Beijing for three years, Wong returned to Mercer Island and discovered her passion for the art form in the beginning of the eighth grade.

Wong sacrifices much for her passion. Four to five times a week, the dancer trains at Hengda Dance Academy in Classical Chinese, ballet, and even folk dance.

Rather than hanging out with friends and family whenever she desires, Wong sacrifices much of her time to her training. “If I were forcing myself to do a sport at school for PE credit and I hated it, that’s definitely not worth it. For something that I am passionate about, I am willing to make that sacrifice,” said Wong.

Wong uses this passion for dance to drive her body outside of its comfort zone. “I think the hardest part of dance is doing movements that your body type doesn’t allow you to. A lot of people are born with super flexible hips but I wasn’t born with the ideal dancing body. To be able to work with what you have is pretty difficult.” Wong considers muscle strength her greatest weakness.

“I feel like dancers have a different aura. The training that they go through is so different from other sports and I find it really admirable.”

Most recently, the dancer participated to the regional division of World Finals and received gold medals for classical Chinese solos and ballet divisions. Additionally, Wong received the “East Meets West Award” which honors the dancer who is most well-rounded and combines Western and Chinese styles of dance.

Her favorite part of dancing is the elaborate costumes for performances. Additionally, Wong prefers Chinese dance to other forms of dance. She said, “I really like Classical Chinese because it’s a lot more expressive [than ballet], but you still have to have grace.”

Wong plans to continue dancing later in her life. “When I go to college, I’m not entirely sure what I want to do. All that I’m sure about is that I want to join a dance club, and maybe minor in dance.”

Wong also performed at the International Assembly on March 18. “When you’re on stage, it’s mostly about expressing yourself to the audience and portraying the character as well as you can. It’s a really nice feeling.”