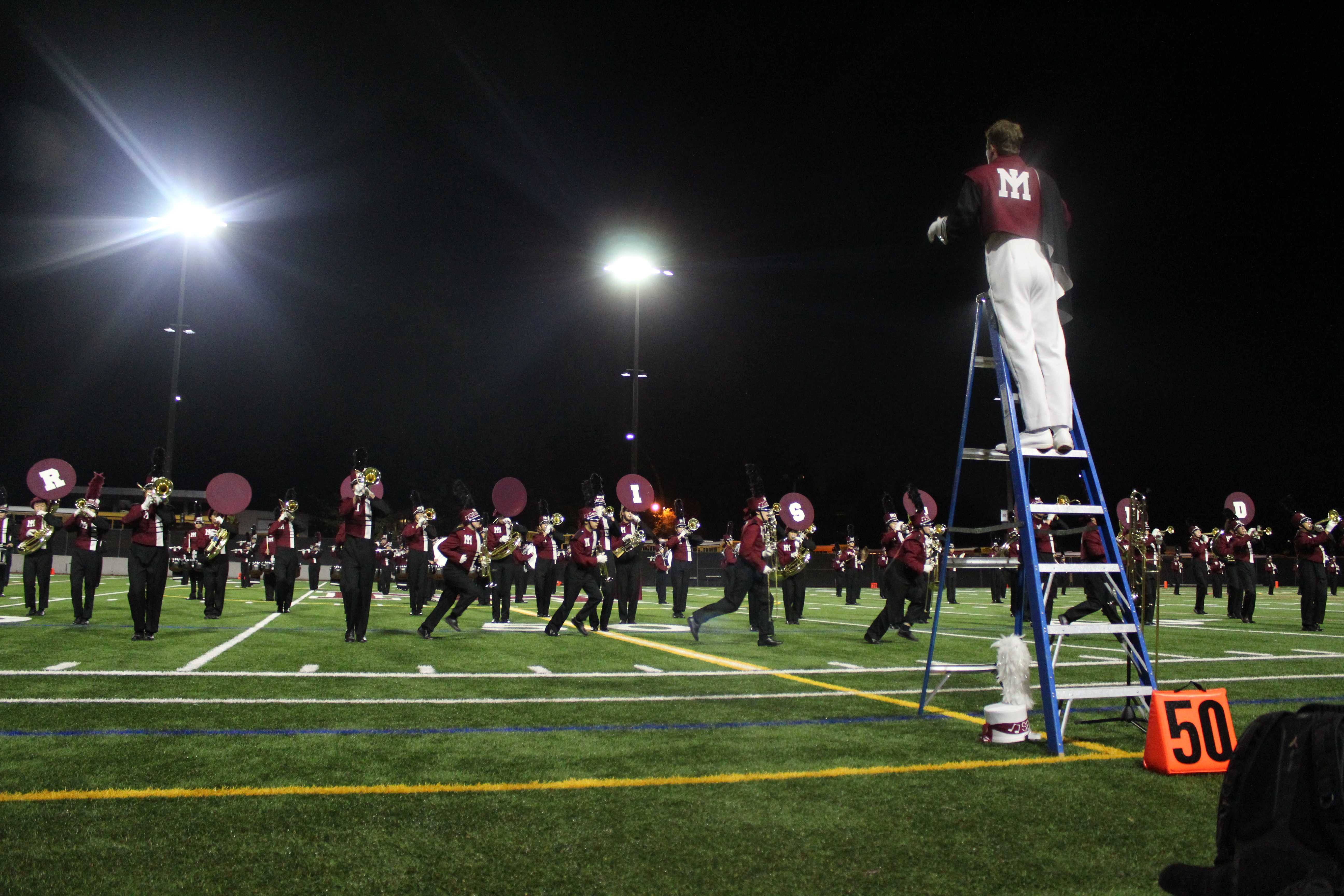 As January 1 approaches, the MIHS Marching Band is actively preparing for the honor of participating in the 130th Rose Parade in Pasadena, CA.

During Fall Marching Band season, members of Band have had to put in extra hours, practice more routines and deal with the pressure of playing in front of thousands at the upcoming Parade.

“It’s more stressful because we’re getting ready to march in such a big, important event,” Band member Laura Landeur said. “Not very many bands get to do it.”

Part of what makes this year’s Marching Band season so different is the urgent pace at which Band must work in order to prepare for the Parade in time.

“I don’t think that the technique or drill is any harder, but the pace that we have to go at to get to where we want to be is quicker,” Drum Major Jazzlyn Rowland said.

The Band has played segments of their Rose Parade show at each football game, putting everything together in time for their final performance in Pasadena.

Their performance — aptly named the Seattle Show — highlights local artists such as Nirvana, Jimmy Hendrix and Macklemore. The wide range of artists are intended to showcase the diversity in both Seattle’s music and the Band’s skills.

For many members, the trip to Pasadena has been a long time coming. The Band initially found out they were accepted into the Parade early September 2017 and began learning the choreography and songs at Band Camp in August 2018.

“At the end of my sophomore year, we applied,” said Rowland, who is currently a senior. “After that, it was like ‘Oh my god, this is actually happening.’”

MIHS Band’s place in the Rose Parade is incredibly special, as only 20 high school marching bands get the opportunity to play in the Parade — which is watched by almost one million people live — each year.

“The attitudes [of the students] have been awesome,” Band Director Parker Bixby said. “Everybody knows that we’re on a world stage and the kids are working so hard.”

Band’s preparation for the Rose Parade, now less than two months away, is no easy task. Although they have much to do, Band members are working every day to make sure they will give their best performance.